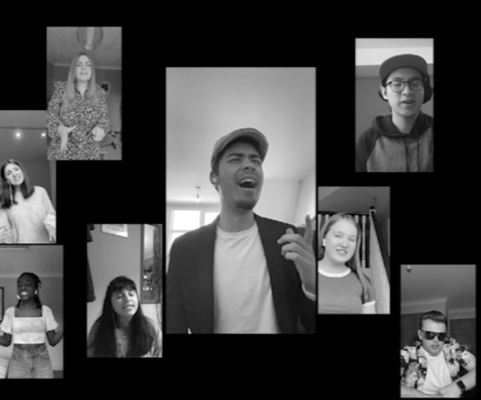 ON Bailey Tuddenham tells us about the idea behind his virtual duets: The Isolation Sessions

ON Bailey Tuddenham (16-18) has launched a series of virtual singing duets with young people including pupils from Norwich School. In our latest blog post he shares with us the inspiration behind the Isolation Sessions.

Isolation has been important, but whilst crucial, it has not been that entertaining for most of us! It’s something that seemed to come in to force quickly and left us all scratching our heads, wondering what to do with our time.

A lot of people have been decorating, but that wasn't such a good idea for me after being told by teacher Mr Cann to never touch a paintbrush again after one disasterous design project whilst I was a pupil at Norwich School... I have, therefore, as most young people do, spent most of time on social media, scrolling endlessly for something even slightly amusing.

Luckily, Gary Barlow decided to make an online series during the lockdown called “The Crooner Sessions”. In these sessions, he did a virtual duet with a different singer every day. These videos raised spirits for not just me, but thousands of people across the globe.

This gave me the idea to create a similar series myself, and to try and spread some joy to people that I know. I immediately got in contact with local singers who I know through not just Norwich School, but other organisations and events. This, in turn, led to the creation of my series 'The Isolation Sessions'!

For one week, I released a virtual duet every night, which featured current Norwich School pupils, ONs and other local singers. The episodes got great feedback and I’m glad to have been able to spread some joy! For the final episode, I wanted to do something special with the aim of raising funds for the NHS in these difficult times. I recorded a version of the song ‘Sing’, which featured myself and 7 other local singers; once again including members of the Norwich School community. This series has now been viewed over 10 thousand times!

The episodes can be watched at: