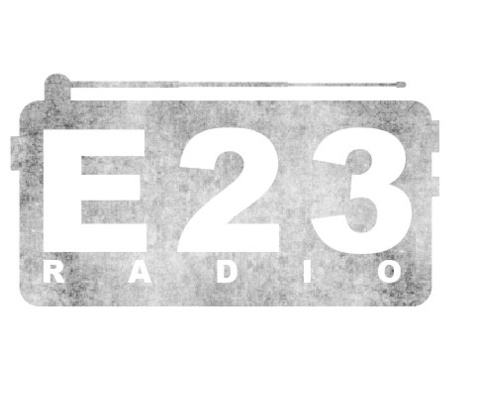 Norwich Has A New Voice

At tutorial in September 2015 in Economics room E23, a questionnaire was passed around. One of the questions was 'what else could the school do for you'. Obviously the natural answers ensued; more water fountains, more break time, more cookies, less questionnaires! From this someone suggested a school radio might be a nice addition. "Ah!" we collectively exclaimed in a fervour of giddy self-satisfaction. As voices and excitement grew, so too did the number of benefits we could think of to having a school radio "we could do a teacher of the week!" "You could have notices broadcast around the whole school!" "What about a quiz, or just a minute, or..." you get the picture.

A few moments later in a damp and poorly lit store room at the bottom of number 68, surrounded by a musty smell of old carpet and copies of Jane Eyre and Applied Sociology textbooks going back to the 80s, Mr Mulligan, resident to E23, pronounced 'you could do it here!' and thus, the E23 radio had found a home. In a way, from that moment, the idea of the E23 Radio had been born. To have a school radio, run by students for students, independent but supported by the school, to reflect and give voice to all members of our Close community. It was a beautiful thought, but would it really work?

Riding on this wave of smug satisfaction, I began to slowly but surely work my way through the first of the bureaucratic hurdles towards a first grant in December 2015 - £750 from the Friends of Norwich School who provide extracurricular investments. A huge achievement, I was stunned, excited, afraid, I had never believed this idea might ever really pull through - after all it was a long shot to place so much responsibility on one upper fifth former and his promises to reflect the entirety of the school in neat forty minute chunks every Friday and Wednesday. Yet, it happened, and I began to undertake this seemingly gargantuan task of establishing a student run school radio within the school. Fast forward to September 2016 and a new year. Another additional grant from the school bought us the final equipment we needed to broadcast, complete with a training day with an ex - BBC Northampton producer/presenter to show us the ropes. All this arrived in November and I, now accompanied by a motley crew of peers also working on the project, undertook a day's training with Nigel Vernon-Dier, a brilliantly energetic British - Canadian to whom I'm sure we will be indebted to for a long time to come. We discussed how we could use our time on air, editing skills, software skills, producing skills, presenting skills, and everything in between. In terms of 'shows' or 'segments' there will be a regular 'teacher of the week' show, world news, local news from around the school, sports reports, discussions, debates, interviews, desert island discs' live performances, radio plays, quizzes, games, music all in the name of entertainment and education.

Now as we approach the first broadcast, in what feels like clambering in the dark toward an uncertain but exhilarating 40 minutes, with no predeceasing examples to guide us or help us along the way, and as the tension and pressure grows ever higher, I find myself increasingly in awe of what lies before us. Unprecedented in such a school, with so little experience but so much opportunity it's hard not to. All that remains is to thank all the various people that have helped make this project reality; Mr. Mulligan for letting us use his store room (I will make good on my promise of the easy listening show one day), Mr Plater who fought crucial battles in meeting rooms for us, Mrs Gillham who has guided and directed us from the beginning, Mr Sully and his team who worked in their own time to renovate the old store room into the beautiful studio it is today, and of course to the NS Friends' society and Mrs Cherry, we couldn't have done this without you.

Finally, then, I will finish with a plea; watch this space: we might not nail it the first time but I guarantee, you'll never hear anything quite like it.