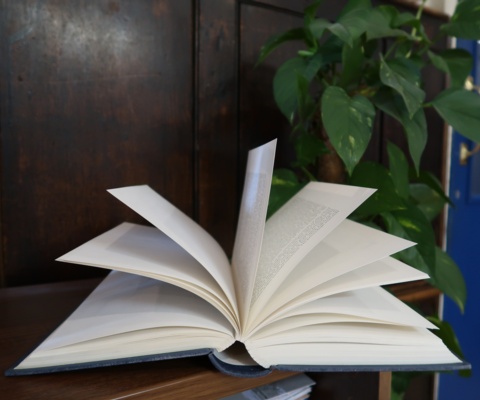 As some of you may recall, I am intrigued by how words can have the ability to capture the zeitgeist. I have previously given assemblies based on the Oxford English Dictionary – or OED - word of the year.

As we waved a fond farewell to the 20 teens on December 31st, it occurred to me that I’ve started to think of my life in units of ten years. I remember what I did in my 20s, what I didn’t do in my 30s, and spending much of my 40s regretting what I did in my 20s and didn’t do in my 30s. The trouble with lumping together the years in this way, however, is that you can miss the subtle changes. So, I thought that this morning I would look at the last decade through the prism of the OED words of the year to see how far we’ve travelled, metaphorically at least.

At the turn of the decade, I was working as an advisory specialist learning support teacher with Norfolk County Council as ‘big society’ was the OED word of the year. The ‘big society’ – a policy of David Cameron’s coalition government – was triumphed as empowering people through getting local communities to run post offices, libraries, transport services and to shape housing projects. Some championed it as fostering a culture of volunteering; some cynically saw it as a way to save money. But, cynicism aside, this idea of giving back to our communities has much to commend it. Indeed, giving back is one of the five ways that Mrs Fairweather has reminded us can contribute greatly to our sense of wellbeing.

Perhaps the group least likely to feel much enthusiasm for the ‘big society’ were the ‘squeezed middle’, the phrase chosen by the OED for 2011. In countries such as the UK and the USA, this social group had suffered from changes to employment through automation and outsourcing, their wages had stagnated, and in-work benefits were reduced. Interestingly, in those countries where a higher premium is placed on technical and vocational work, such as Sweden and Germany, the middle was decidedly less squeezed. Ed Miliband – then Labour leader - first used the term ‘squeezed middle’ in a radio interview in an appeal to this portion of the electorate to support his party’s policies. Unfortunately, questioning from an interviewer on this occasion quickly showed it wasn’t precisely clear who exactly the ‘squeezed middle’ were.

Ed Miliband is credited, too, with using the 2012 word of the year in Parliament to describe the Conservative’s budget plans – that word being ‘omnishambles’. ‘Omnishambles’ had been used by the frankly terrifying spin doctor Malcolm Tucker in the BBC television political satire ‘The Thick of It’. It refers to a situation which is shambolic from every possible perspective. We can probably all think of events during the last decade for which this term seems apt. In that year Netflix was launched in the UK, and so the concept of ‘binge watching’ was born.

Growing up in Lowestoft during the 80s, there was no live streaming and no ‘binge watching’. But we did rush home of an evening to watch the Australian soap opera ‘Neighbours’. Like our cousins down under, it seemed for a while that there were few things in life which couldn’t benefit from the Australian habit of adding ‘ie’ to them – what better than to crack open a tinnie, throw a shrimp on the barbie and watch Warnie bowl at the Gabba. This fine tradition was continued when a young, very drunk Australian man posted online about a photo he had taken of himself which he called a ‘selfie’. As its popularity spread across the internet, so ‘selfie’ became the word of 2013.

I consider 2014 a slightly dull year, word wise with ‘vape’ chosen as the OED word of the year, so I’ll move swiftly on.

Instead of a word, in 2015 the emoji ‘face with tears of joy’ was selected as it was seen to reflect that year’s ethos, mood and preoccupations. This seems somewhat at odds with some of the other shortlisted words of that year such as ‘Brexit’, ‘Dark Web’ and ‘refugee’. I quite like another runner up - the term ‘lumbersexual’. A ‘lumbersexual’ refers to any young urban man who cultivates an appearance and style of dress, often typified by a beard and checked shirt, suggestive of a rugged outdoor lifestyle. Rather like a lumberjack, but one who drinks Espressos in Hoxton and works in advertising.

Also, the term ‘on fleek’ became popular. I am told it means extremely good looking, attractive and stylish. What feels life affirming about ‘on fleek’ for me, personally, is that it was first used to describe someone called Peaches Monroee’s fabulous eyebrows. If only big eyebrows had been a thing back when I was a girl.

The adjective ‘post-truth’ was selected by the OED to represent 2016. This relates to circumstances in which objective facts are less influential in shaping public opinion than something that appeals to emotions and personal beliefs. ‘Post-truth’ was not a new word in 2016, but was much used that year in the context of the EU referendum in the UK and the presidential election in the US.

I rather like a similar term coined by an American comedian back in 2005 – that of ‘truthiness’. ‘Truthiness’ is the quality of seeming or being felt to be true, even if not necessarily true at all. In 2016, President Trump used the term ‘fake news’ in a tweet. He claimed to have been the first to do so. In fact, there is a recorded use of the term ‘fake news’ in a Californian newspaper published in 1896. A good example of ‘truthiness’ in action, may be.

Those of you who heard this assembly two years ago might remember me talking about the word ‘youthquake’ with all its optimism and hope being crowned word of the year, only to be mercilessly crushed the following year by the prevalence of the word ‘toxic’.

I’m afraid things haven’t got any more upbeat. The OED’s word of the year in 2019 is ‘climate emergency’. In fact, all the shortlisted words for last year echo this concern. These include ‘climate action’, ‘climate crisis’, ‘climate denial’, ‘eco-anxiety’, ‘ecocide’, ‘extinction’, ‘flight shame’, ‘global heating’, ‘net-zero’ and ‘plant-based’. But perhaps this is the ‘youthquake’ coming to fruition, with so many of you and your contemporaries ensuring we give these issues the attention they deserve and, indeed, demand.

In the past, I’ve tried to find unusual and quirky words to add to our daily conversation. This year it has been hard: there’s no milkshake duck of buffet squirrel equivalent.

Instead, I discovered JOMO which I’d like to suggest we all try to adopt in 2020.

You will probably be familiar with FOMO – the fear of missing out, fuelled by an healthy preoccupation with social media. Well, JOMO is the joy of missing out – that is, being deliberately unaware of what everyone else is doing out in the often judgemental, frequently unrealistic and dangerously emotive online world - and loving every minute of this blissful unawareness. Perhaps turning off social media whilst you ‘binge watch’ something on Netflix or go and contribute to your community in the ‘big society’. Strictly no selfies allowed.