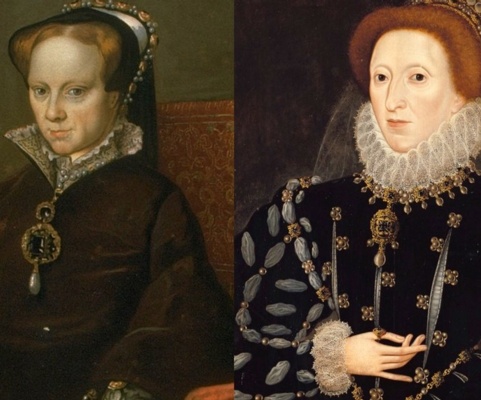 Mary I and Elizabeth I by Miss Hardingham - Women's History Month

Throughout March, staff and pupils are reflecting on inspirational women from throughout history to mark Women's History Month. Today, Miss Hardingham writes about the complex legacies of Mary I and Elizabeth I.

The Tudor period is an infamous period of British history. It is an era dominated by the notorious shadow of Henry VIII, whose reign saw unprecedented religious, social and economic changes, many of which were driven by his desperate need to secure a male heir.

It is a satisfying twist of historical irony therefore, that the Tudor period ends with 50 years of female rule.

The female Tudors, Mary I and Elizabeth I, were England’s first undisputed queens regnant. Their gender is an unavoidable part of their historical identities, both in how they ruled and also how they have been perceived throughout the years by historians.

We cannot pronounce Mary or Elizabeth to be a ‘feminist’ in the modern sense, and to do so would miss the point. The culture and society in which they ruled left little space for female authority. It was possible for the concept of royal authority to be understood outside of gender boundaries, and yet practically, gender had unavoidable implications in all areas of their lives. For Mary especially, the contradiction between her undisputed authority as Queen and the religious and cultural expectation to submit to her husband was a political minefield. It’s no wonder Elizabeth chose to remain ‘the Virgin Queen’ - as much a political decision as a personal one.

By moving away from the temptation to assess their ‘success’ as women through our modern criteria, we can instead appreciate the true significance of the positions they held. Royal authority had always been expressed in masculine terms and there was an unavoidable ambiguity around female royal power in the sixteenth century. In 1558, preacher John Knox published The First Blast of the Trumpet Against the Monstruous Regiment of Women, where he so charmingly wrote: ‘God hath revealed to some in this our age that it is more than a monster in nature that a woman should reign and bear empire above man’. Despite this, on the 3rd August 1553, Mary began her reign by riding triumphantly into London to claim the crown on a wave of public support. The significance of this cannot be underestimated in a society that had so consistently rejected the idea of a female ruler.

Mary’s short reign is perhaps understandably overshadowed by Elizabeth’s 45 year rule, both in length and perceived success. However, the steps towards ‘normalising’ female queenship were significant. Even Elizabeth’s coronation outfit mirrored Mary’s, quite simply because there was no other precedent available. Elizabeth may be remembered as the more successful queen, but Mary confronted the challenges first.

Elizabeth I went on to become one of our most well-known rulers, with an enduring legacy that is still recognised today. She created perhaps one of the most effective public images of any monarch, with a policy of deliberate rejuvenation, which used imagery and visual metaphors to consolidate her authority. Her public image is intrinsically linked to her gender and she consistently portrayed herself as ageless, untouchable and ethereal – all qualities that helped her transcend the limitations of her gender.

In a reflection of the persistent masculine power structures that still form the framework for our society today, powerful women remain an object of fascination. It seems women in the public eye, both historical and contemporary, are destined to be understood in extremes, as either objects of intense loathing or fierce adoration. Even colloquially, pervading common history has demonised Mary as ‘Bloody Mary’, while we speak fondly of ‘Good Queen Bess’. It is important that reflections on their personalities and reigns do not fall into this trap, but are instead fittingly nuanced.

Both Mary and Elizabeth were powerful women, whose very positions as queen disrupted the accepted gender power dynamics of the society and world in which they lived. They may be half-sisters, but their differences in religion, personality and politics were vast, and they rightly remain of intense interest to historians and the general public alike.