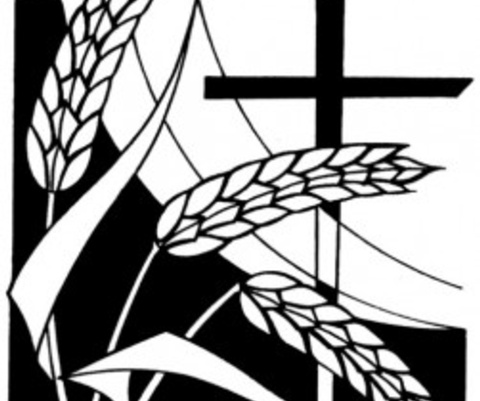 It's Your Attitude that Counts - Harvest Festival Address He got out of bed and looked at himself in the mirror. He looked awful, with hair like a blow-dried lion; and he felt prickly, like a hedgehog. He splashed water on his face. It was cold.

He dressed and trudged downstairs to make himself a cup of coffee. The top wasn't on the coffee jar properly, and it spilt on the counter top. He cursed as he made his drink, then cursed again as he spilt coffee down the front of his shirt. It was the second day he had worn this shirt, but he resented having to trudge back upstairs to change into another one.

Outside, the weather was foul. A gang of evil-looking clouds were smothering the sun. He sniffed the air as he trudged to the bus stop. Everything smelled of damp dog.

The bus was late, and when it finally turned up, a tractor and trailer went past. Great - now they'd be stuck behind the tractor all the way into town. Just what he needed on his first day of work experience, which he wasn't looking forward to anyway.

In the end, it was even worse. After a couple of miles there was a noise of shearing metal from the trailer, and 10,000 kilos of potatoes spilled all over the road. The bus wasn't going anywhere, so he got off and walked, with the strong feeling that the world was against him.

As he arrived at his work experience, the receptionist looked up. 'Good morning,' she said. He didn't reply, but he had the face of a lion chewing a hedgehog.

He got out of bed and looked at himself in the mirror. He looked hilarious, and for a moment he marvelled at how bizarre a person can be made to look by the simple effect of a good night's sleep. Still giggling at himself, he splashed water on his face. It was cool and refreshing.

He dressed and went downstairs to make himself a cup of coffee. He turned the coffee jar in his hand and looked at the label. Remarkable, really, that someone had brought this stuff all the way from Kenya for him to drink at home. Some coffee spilt on the counter top. It smelled good. He loved coffee in the morning.

'Oops,' he said, as he spilt coffee on his shirt. Well, never mind, he'd already worn this shirt for a day. He bounced upstairs and fetched another. His mum had ironed it for him, and the cotton felt soft and clean.

Outside, the sun was breaking through the clouds. A rich mixture of country aromas filled the air - cut grass, berries, farmyards, fallen leaves. He closed his eyes and filled his lungs, pleased that the bus was delayed and he had this moment.

The journey into town was slow, but he didn't mind too much. There were often tractors in Norfolk, and since his work experience was with an agricultural management company, he figured they'd understand. Then something rather exciting happened. He had never before seen a spillage of 10,000 kilos of potatoes. It gave him a better excuse for being late; but there was also something delightful about it, something to do with the way the potatoes bobbled all over the road.

Glad of the walk, he arrived at his work experience with a skip in his step. The receptionist looked up. 'Good morning,' she said.

At this time of year, churches around the country are giving thanks for harvest. It's a good time of year to ask ourselves this question: 'From the moment I get up, which way do I want to look at the world?'