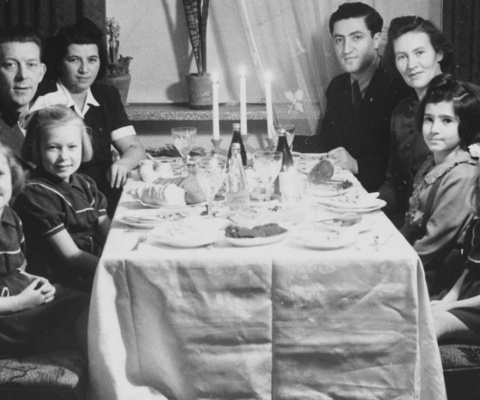 Holocaust Memorial Day (HMD) is marked each year on 27th January – the anniversary of the liberation of the Nazi concentration and death camp Auschwitz-Birkenau. This week during Tutorial, pupils will be learning about the events that took place through resources provided by the Holocaust Education Trust.

The theme for Holocaust Memorial Day 2021 is 'Be the light in the darkness'. It encourages everyone to reflect on the depths humanity can sink to, but also the ways individuals and communities resisted that darkness to ‘be the light’ before, during and after genocide.

Pupils will hear the stories of three groups of people across three days and using these to stimulate discussion, thought and understanding. We will also be sharing these three stories on our blog.

Story 1 - The Escape of the Jews of Denmark 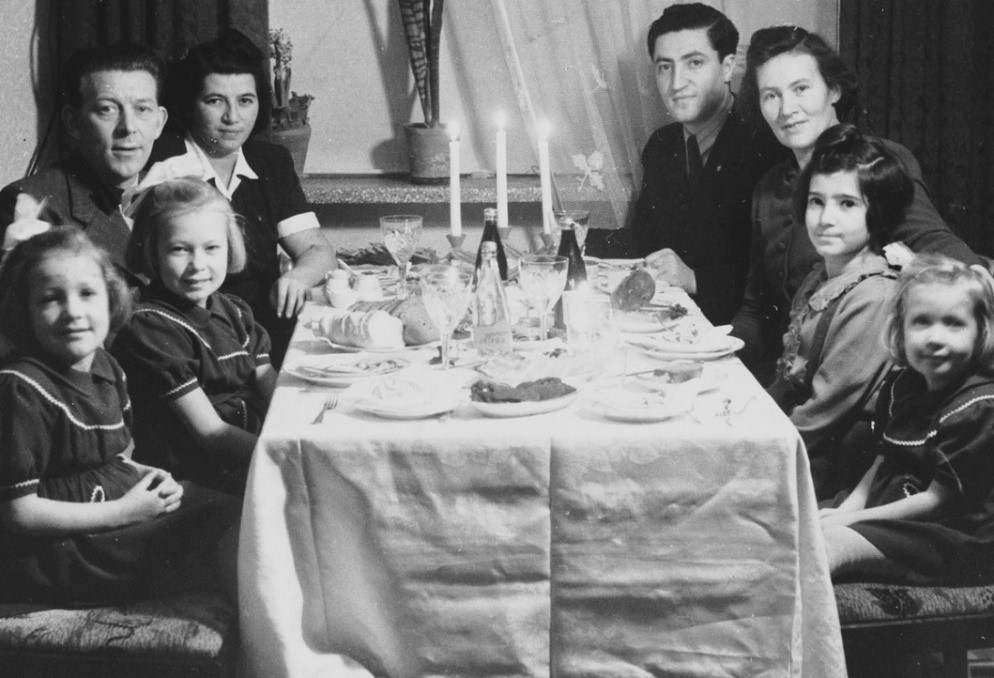 This photograph shows the Johanson family having Christmas dinner with a Swedish family in Landskrona, Sweden.

The Johanson family were one of many Danish-Jewish families who managed to escape Denmark in 1943. When the Danish resistance movement learned that Denmark’s 7,800 Jews were going to be deported, they quickly informed their Jewish friends and neighbours, and a large-scale operation was organised to help them escape by water to nearby Sweden.

Families, like the Johansons, moved to hiding places across the country, and then on to the coast. They were supported by resistance workers and many individual Danish citizens, alongside the Danish police and the government. When they reached the coast, fishermen then deployed fishing boats, rowing boats and even canoes to ferry them across to Sweden. Over a period of about a month, some 7,200 Jews and 700 of their non-Jewish relatives travelled to safety.

Pupils will be discussing: How is the story of the escape of Danish Jews an example of being the ‘Light in the Darkness’?