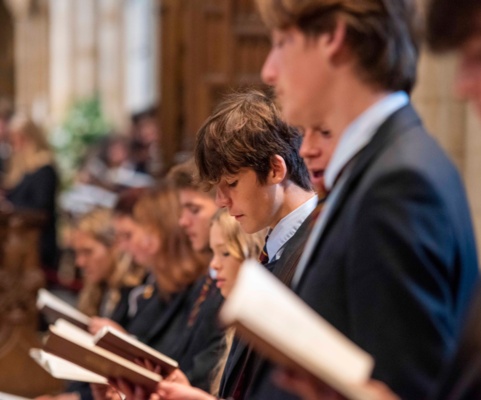 The Head addressed pupils from the Cathedral on the first day of Michaelmas Term. You can read his Address below:

"It is very good to have pupils here in the Cathedral and to be able to speak to other year-groups via the Cathedral’s excellent live-streaming capability. Whether you are returning to the Close or coming for the first time, welcome to the new school year.

The dynamic, shifting relationship between an individual and their school is always delicate; it changes over time because the individual grows up and the institution is influenced both by its community and external factors. This relationship was certainly brought into the front of our minds during the last 18 months, especially when we were compelled to continue our links even when we were not physically together. We may in the past have taken schools for granted, the friendships they enable as well as the education and activities they provide, but not any more; we know one of the key powers of a school is its ability to gather people together for mutual benefit. It was just lovely to see the normality of pre-season training at Redmayne last week to hear of musical auditions happening in recent days and to see new pupils for induction yesterday.  I am sure we all hope 2021/22 will be more normal for everyone and trust that each of you will make the most of all the opportunities available to you, even we have again to adapt our practice for certain periods.

As we get started on this school year, and building on our bible reading’s thoughts about community, I should like to offer a few thoughts about our relationship with you. I will say more on Monday but should like you to be aware that we have updated some of the key statements we make about ourselves and our aspirations as a community. This piece of work came from a desire to ensure that we live day-to-day what we say we believe in, one of the key lessons learned in response to the Black Lives Matter and Me, Too movements. Those of you here last year may also remember the importance attached to shared values by Ugo Monye in his inspirational address at the end of last term.

Put simply, Norwich School seeks to create a culture and working practice which enables each of its young people to thrive. The subtlety comes from the fact that you, the young people (admittedly along with staff, parents, alumni and other stakeholders) are Norwich School; you therefore benefit from a culture you are responsible for creating.

When the individual and institution between them get it right, it leads to environments of great excitement and productivity. One of my personal treats from the holiday was finally to see the musical Hamilton. There was a gap of at least 2 years between booking tickets and seeing the show; however, the wait was definitely worth it and if you can see it, either live or on-screen, I certainly recommend this game-changing show. I was struck by the balance of opportunity and responsibility to be involved with such an historic enterprise and was interested by the reflections of Nevin Steinberg, the show’s Sound Designer, who said about early creative discussions,

“I have never in my career been in a room where the stakes were so high, but the working temperature of the artistic collaboration stayed so low. It's a rare and wonderful thing to be part of. Focus, credibility, comfort, trust and fierce ambition on full display, but with only the healthiest parts of everyone's ego in attendance”.

It is clear that the team involved in Hamilton fed off each other in a positive way, achieving more than the sum of their parts. In similar vein, I was struck by how supportive the skateboarders were of each other in the Olympic finals and how much joy there was in the celebration of skill in both the men’s and women’s Hundred, the UK’s new domestic cricket competition. In both artistic and sporting contexts, it is clear that you can aim for high for yourself and those around you.

To emphasise the dynamism of the relationship between individual and institution, I should like to finish by turning to another sporting example, the Exeter Chiefs, who have been the most successful English rugby team for the past few seasons. Now, before those who are not interested in rugby specifically or sport more generally switch off, I promise that this will not be a clumsy statement endorsing laddish values; I was nervous to pick an example from rugby and have no interest in the clumsy tribalism sometimes associated with this sport which is at its best when contact is avoided rather than sought. The reason I have picked it is because Rob Baxter, the head coach, surprised me with what he drew attention to in developing Exeter’s success.

The early years of Baxter’s time in charge can be characterised by what one might term an appeal to orthodox team values; the acronym they used was GRACE: Graft, respect, attitude, commitment, enjoyment.  However, having established themselves in the lower reaches of the country’s top league, he changed the emphasis to a different acronym: ME. He said that he wanted individuals to thrive by emphasising “my energy, my emotion, my enjoyment”. An odd statement in such a team-orientated environment, one might think. Over to Baxter for the point he was seeking to make:

Every player needed to understand their individual importance to the team, the responsibilities associated with that, and how to maximize their contribution. The idea was for the team to set ambitious goals and push each other to meet them.

“What would happen before was that it was kind of okay for the odd guy to be the weakest link of the chain, because if we lost a game, the team would look after him,” Baxter said. “But that’s almost the opposite of what you want. You want the team to set higher standards and demand more. “The key…is to get the person to understand how important they are to the success of the team, and actually to want to be that person who’s really important,”

This caught my eye because of the centrality it puts on the individual in the context of a community. In a school, it shows that every single one of us is actively involved in establishing and maintaining what Norwich School is, what it stands for and what values it holds. This is obvious for measurable outcomes such as academic performance, sporting results and artistic performances, but it also applies to our collective behaviour and values. As we continue to formulate our day-to-day standards as a community, this will be vitally important in the weeks and months to come. How you behave as an individual has an impact on all around you, so do what you can to ensure that your influence is positive.

At Exeter Chiefs, the practical change of influencing each other positively was described as follows:

While the emphasis moved away from the collective to focus on the individual, the concept of “care” for team-mates became central to the theme of taking full responsibility for performance…“If you’re a team-mate of mine, if I care about you, in a sporting environment, I should train hard, get my diet right, do my weights, learn my calls…You have less chance of winning if I don’t do that. And as a team-mate of mine, I should have the expectation that you will do the same. And so that’s how you care for each other, and that’s what makes you important.”

Welcome to the new academic year. As today’s bible reading reminds us, we are a community where each of us has responsibilities to others: “Accept one another, then, just as Christ accepted you”. Take care of yourselves and each other this term." 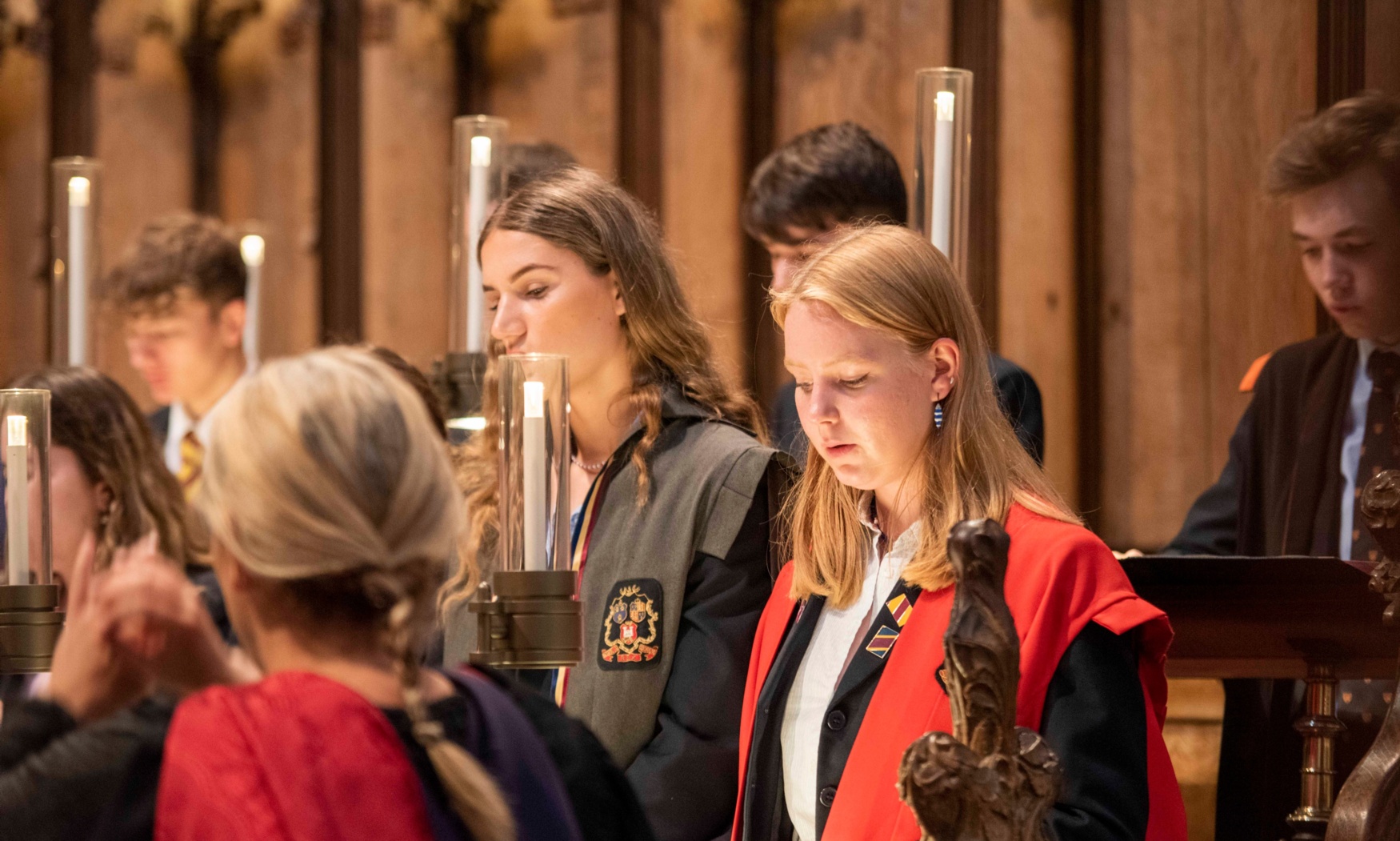 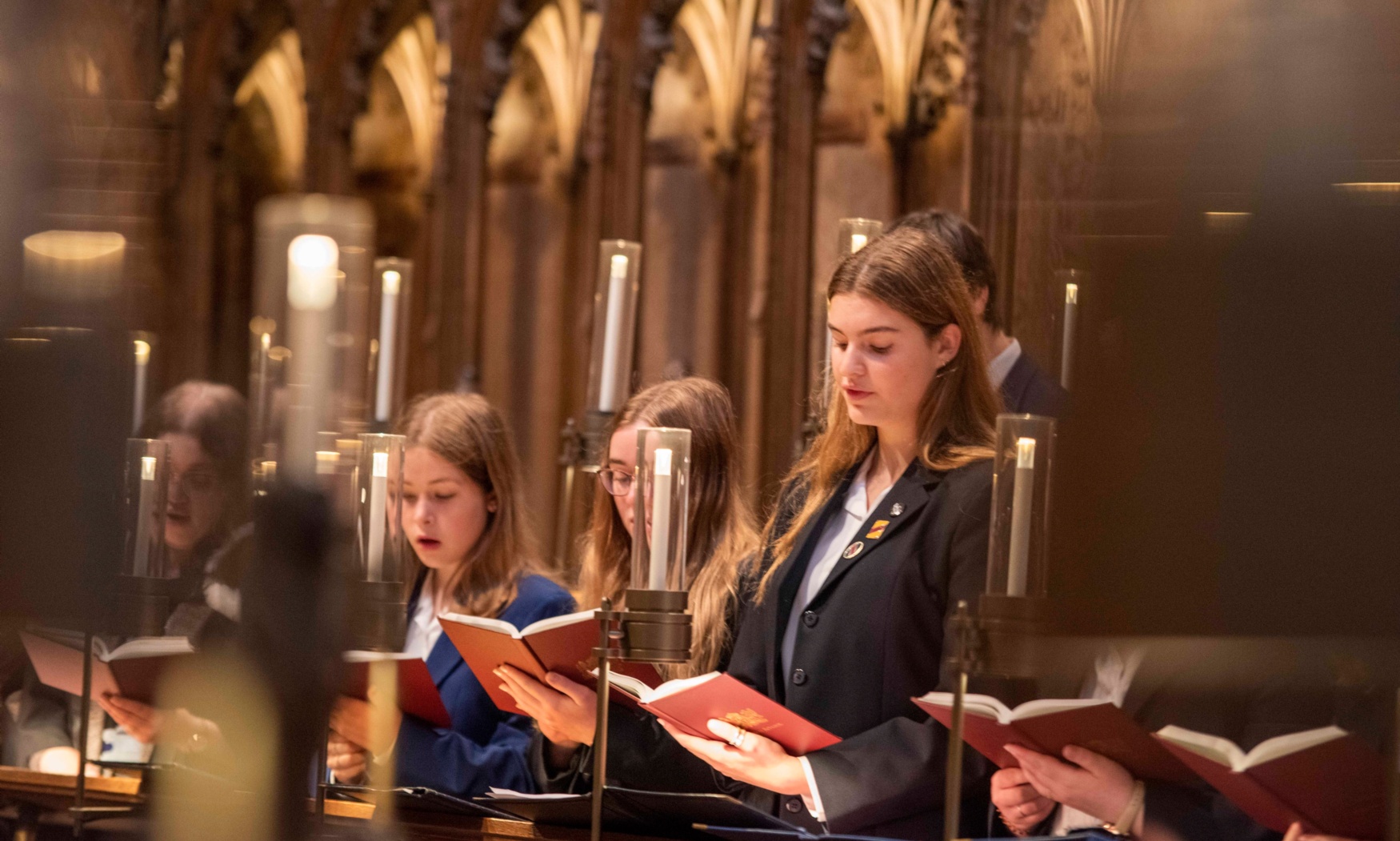 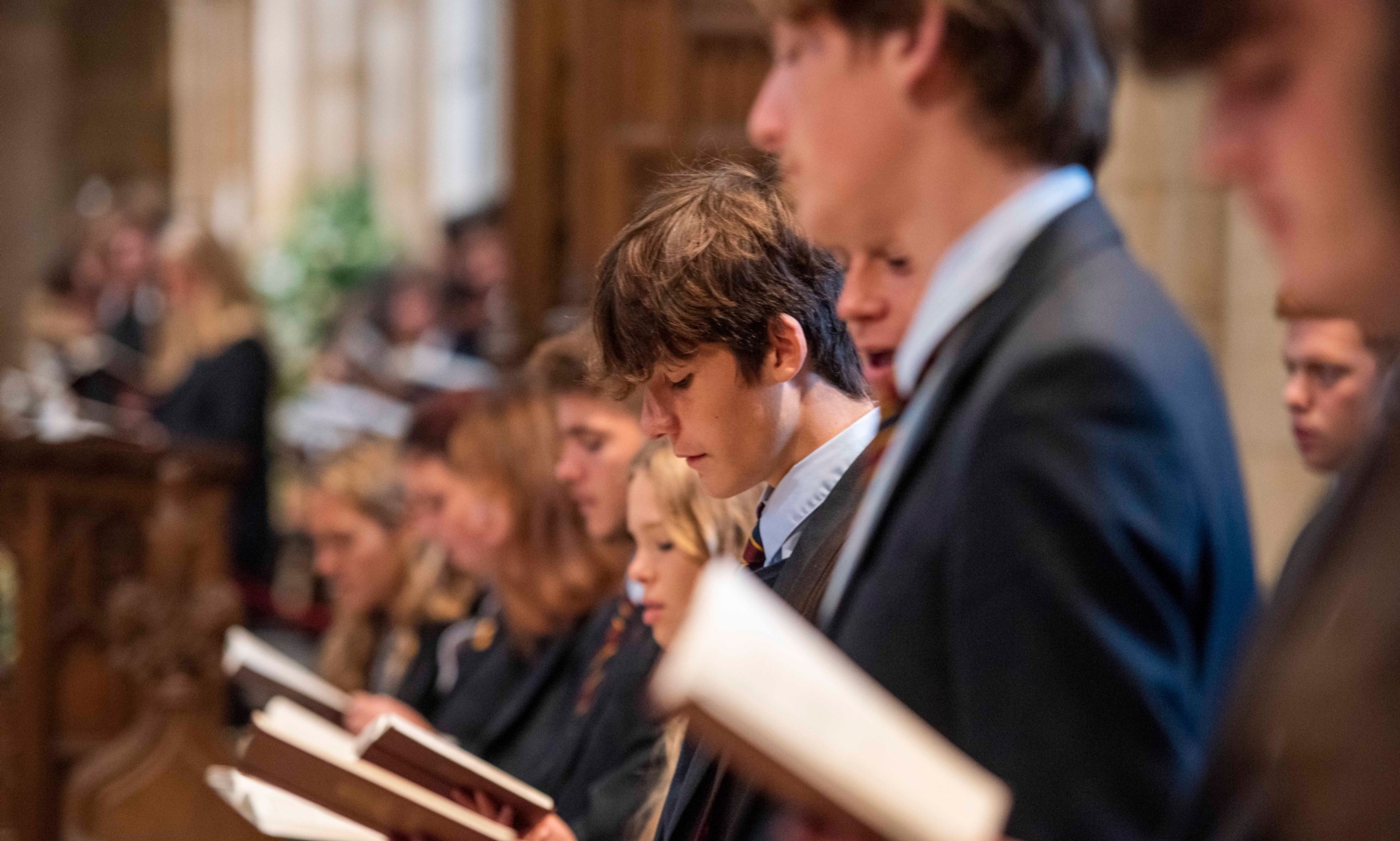 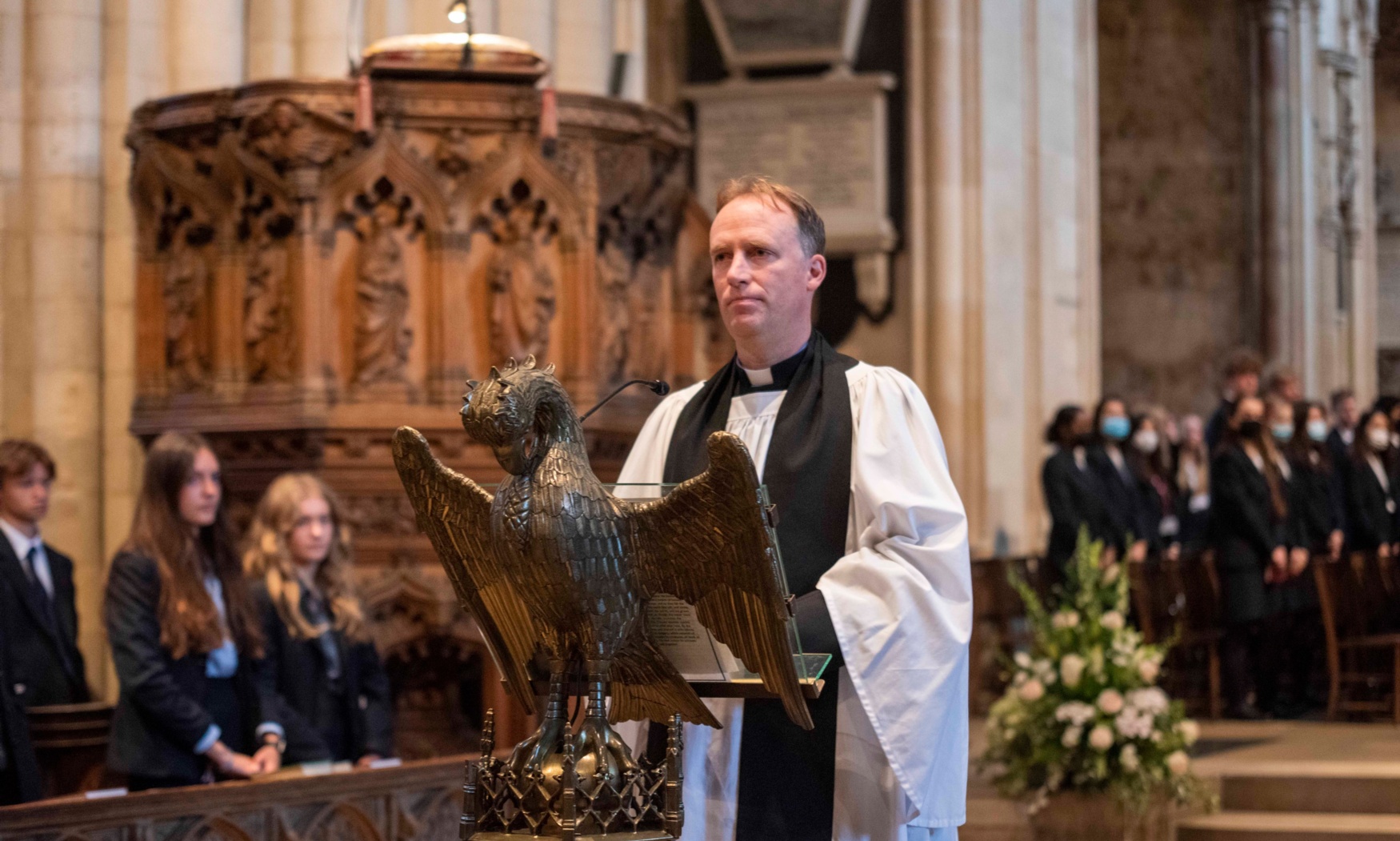 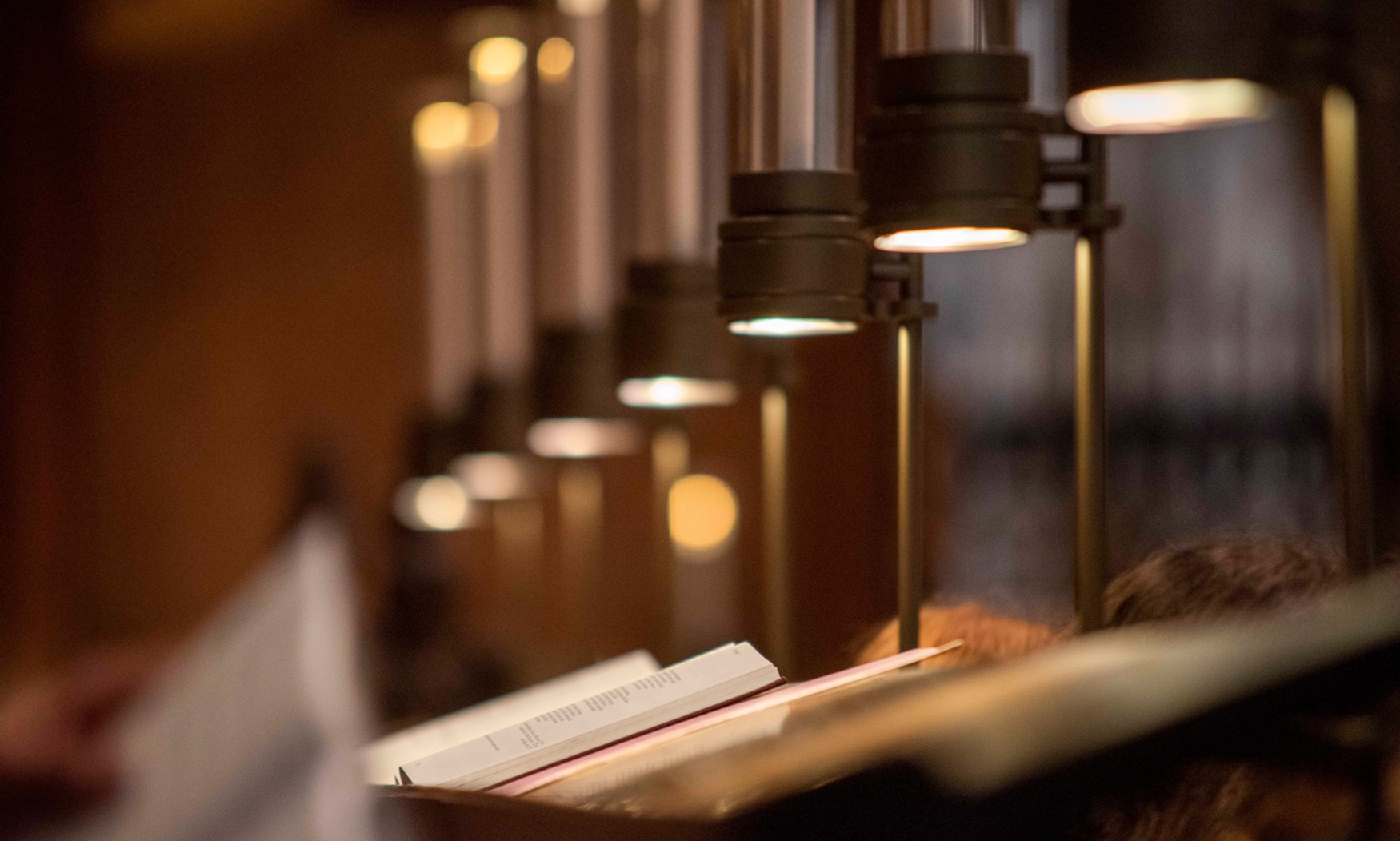