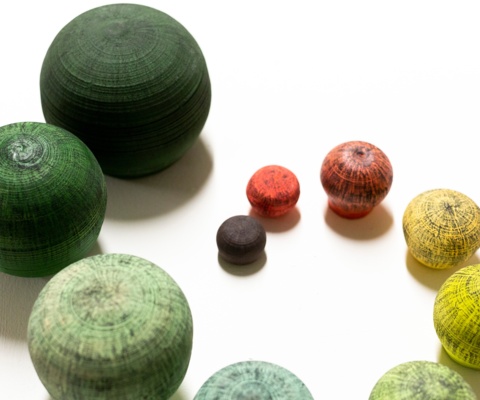 "Welcome back; I hope you are ready for the new term and new calendar year. I also hope that you return to school having had an enjoyable holiday, with a combination of rest and activity, family and friends, time at home and elsewhere. I am always struck by the unusual nature of the Christmas holiday because there is relatively little choice during parts of the middle week, not least due of the number of societal and family traditions: decorations and getting things ready; Christmas carols; stocking presents on Christmas morning; turkey and all the trimmings; crackers; the Queen’s speech; bubble & squeak on Boxing Day; New Year’s Eve; and so on.

Regardless of variations between the behaviour of Norwich School families over the holiday, I suspect that this year at least some of you watched the Gavin & Stacey Christmas Special, 10 years on from the initial series. After all, with 17.1 million viewers, it was the most popular Christmas Day comedy since 2002, beating a record set before virtually all of our pupils were born. One of the show’s writers and stars, James Corden, was asked how it felt to be back filming on Barry Island for such an iconic remake, given that he now has his own talk show in California. He said, “The trick is not to think too much about it… not to have a rearview mirror of all the things you have done. It is better to keep looking forward at the things you are going to do, want to do. It is the key to holding yourself together and not perhaps thinking that you are more of a dude than you really are”. In addition to Gavin and Stacey, Corden has hosted countless episodes of “ A League of Their Own”, interviewed just about every famous pop star via Carpool Karaoke and has also won awards as a performer in film, theatre and TV roles, so he might be excused for not ‘holding himself together’ and his modesty was refreshing. The advice advocated is not far from that offered in today’s Bible reading: “Let your eyes look straight ahead; fix your gaze directly before you. Give careful thought to the paths for your feet and be steadfast in all your ways”.

I thought the looking backward/forward image was particularly useful because another Christmas holiday tradition is New Year’s Resolutions. Whether you choose to adopt such changes of habit at the start of the calendar year or prefer to be regulated more by the academic year is up to you. In general, though, I am a fan of targets and goals because, if sensibly selected and applied, they provide purpose and motivation, particularly when novelty starts to wear off.

In reflecting on any changes of habit or intentions for 2020, I encourage you to branch out and be imaginative; a driver for me to suggest diversifying your experiences and interests comes from a new book by another multi-talented individual, Matthew Syed. He got a First from Oxford in PPE and was England’s number one table-tennis player, participating in several Olympic Games, before becoming a columnist for The Times and best-selling author. His latest book is called “Rebel Ideas”; it centres on the power of diversity and diverse thinking. A key theme is that we should not just embrace diversity because it is politically correct to do so or legally required to avoid discrimination. We should do so because it leads to better outcomes.

One of my favourite chapters focuses on the power diversity provides in creativity and the phrase Syed uses to show its potency is recombinant innovation: recombinant innovation is the notion that ideas are stimulated by inter-disciplinary conversation and interaction, by recombining ideas from different sectors. Examples cited include: suitcases with wheels in the 1970s; the use of social spaces by executives from different tech companies to meet in the early days of Silicon Valley; the navigation device Waze, combining a location sensor, a data transmission device, GPS system and a social network.

We have seen the richness of such projects at Norwich School: trips shared between departments to places such as the USA; the New Writing Festival, the New Sounds concert, the Fashion Show all coming about in the last year through the collaborative projects of Making Musicians, Writers Bloc and the Art & Design Departments. Putting people from different disciplines together in activities such as NORMAC and MUN allows all participants to be exposed to new ideas and reflect on how they might intersect with their own experiences.

Another reason for having a go at something new is that it is relatively painless and consequence-free to try something. It might be attending the Erpingham Society, auditioning for a part in a play, joining a choir or trying a new musical instrument, volunteering in or out of school, getting involved with the Green Group, playing for a new school sports team. You should certainly get stuck in enough to feel that you have given your new venture a good go, but it may be that you only perform in one choir concert, that you attend a club only for a term. Try a new path because generally, you can come back the same way if it does not work out.

Seldom are our choices irrevocable and especially not at your age; indeed, much of the point of school is that you try different things to work out where your real passions are. However, what Syed is saying is that our expertise builds from a blend of experiences and that it is the cross-fertilisation of ideas which might just lead to the eureka moment. It might not even be your eureka moment, but you will have contributed to a wider sense of progress.

So be bold in 2020; try something new and enjoy exploring the path where it may lead.

I wish you and your families well for the coming term."

23 Above all else, guard your heart,
for everything you do flows from it.
24 Keep your mouth free of perversity;
keep corrupt talk far from your lips.
25 Let your eyes look straight ahead;
fix your gaze directly before you.
26 Give careful thought to the[a] paths for your feet
and be steadfast in all your ways.