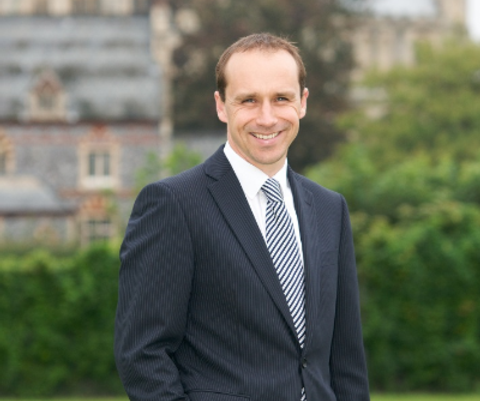 "My daughter, you are my brave daughter, my beautiful daughter," he said over and over, kissing my forehead and cheeks and nose. He didn't know why he was speaking to me in English. I think somehow I knew he was there even though my eyes were closed. My father said later, "I can't explain it. I just felt she responded" ... Seeing me like that was the worst thing that had ever happened to him. All children are special to their parents, but to my father I was his universe".

This extract describes the moment when the father of Malala Yousafzai first saw her after she had been shot in the head by the Taliban for speaking up for girls' education. Malala was targeted for a reason: when she was shot on 9 October 2012 she was 15, that's Middle 5 in our terms, but she had been speaking out on the topic since she was 11, that's Lower 4, and the gunman specifically asked for her when he stepped on to the school bus. What nobody would have predicted, least of all the Taliban when planning their operation, was that the shooting would propel their victim and her cause to global prominence. She is currently studying for A Levels in Birmingham but after her recovery, which lasted several months, Malala addressed the United Nations on her 16th birthday in 2013 and was the youngest person to win the Nobel Peace Prize in 2014 when she was 17. The Malala Fund is a global charity which donated £3.5million dollars to projects championing girls' education between 2014 and 2016.

I give you the details of her story partly because she is someone of your generation who has achieved extraordinary things; I accept that what happened to her is part of her narrative but you do not receive such accolades simply by being a victim. However, I also chose to start with this because her father's emotional response to seeing her in the hospital comes in sharp contrast to a passage at the start of the book:

"When I was born, people in our village commiserated with my mother and nobody congratulated my father...I was a girl in a land where rifles are fired in celebration of a son, while daughters are hidden away behind a curtain...For most Pashtuns it's a gloomy day when a daughter is born".

I happened to be reading her excellent autobiography, I am Malala, when we held our Gender Equality Day earlier this term and I was struck by the difference in cultural norms around the world in the 21st century. However, Malala's story also warns against lazy stereotyping of cultures: her pride in Islam as one of the world's great peaceful religions is unmistakeable, as is her regret at having to leave Swat, her region of Pakistan, for the UK, and her mother's feelings of homesickness. The situation for Malala is more complex than Pakistan bad, UK good and I offer the observation that the western world might pause for thought about its acceptance of the widespread objectification of women in pornography before making sweeping statements against gender expectations in other cultures.

As I said earlier in the term, I was proud that Norwich School was able to hold the gender equality day; it requires a certain amount of institutional tolerance and maturity for a large group of teenagers in a co-educational environment to take such an initiative seriously and I congratulate the Amnesty Group for leading the day so well. And it is not the only time this term when we have dealt explicitly with themes of prejudice or intolerance:

-          Adam King addressed us recently on the Charities Dinner which raised money for the mental health charity, MIND. The dinner opened with a personally recorded video address by Stephen Fry, president of MIND, who lamented the stigma attached to mental health issues, asking why we look at people differently when they have something wrong with their head as opposed to when they have something wrong with their knee.

-          Chiamaka Elumogo gave a powerful address to the 6th Form, with a particularly striking statistic offered that of the 1.6 billion Muslims living in the world, it is estimated that 0.04% hold extremist views. The very real sense of fear generated by atrocities such as those in Brussels this week only serves to reinforce the need for incisive and precise thinking about such issues.

Jonathan Jolly is now going to play Ludovico Einaudi's I Giorni and while you listen to its simple and attractive melody, I should like you to reflect on those themes of tolerance and prejudice, how complicated we humans sometimes seem to make things when we focus on difference of any kind, as opposed to the basic and universal human compassion which joins us and which underpins the attitude of the second criminal in the biblical reading we heard earlier.

So, what to do about it? How might all this affect us at Norwich School, with a lovely holiday but perhaps less lovely revision coming up? I shall start to answer by reporting something I heard from Richard Adams, the education correspondent of the Guardian, at a conference earlier this term. He was asked about the main threats to independent schools in the next few years and his response was "Relevance".  His point was that if schools of our type are not careful, our focus on academic and co-curricular excellence for a small and exclusive section of society will be pleasant for those who benefit but will increasingly be an irrelevant backwater of privilege in terms of the major national and global debates of the day.

Using some of the anger Mr Watts expressed in his Cathedral address earlier in the term, I demand that Norwich School does not fall into this trap. We must all continue to look outwards, to ensure that the high standards we set in school work for the benefit of the wider community, to understand that the academic and co-curricular opportunities in Cathedral Close are privileges you should not take for granted but should use to set you up to lead full and fulfilling 21st century lives, steeped in the principles of leadership and service. It is this last word which is key, not least because it resonates most strongly with the Easter story's themes of self-sacrifice and forgiveness. I hope you will seek to practise tolerance during the coming days and wish you all well for the holiday.