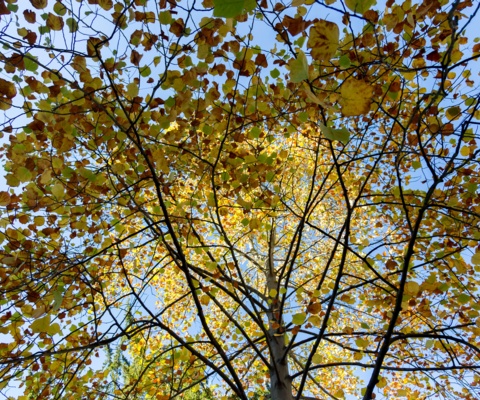 This message was delivered to the world by the UN Intergovernmental Panel on Climate Change in 2018. We now have a decade.

Seventeen of the 18 warmest years have occurred since 2000.

Eleven percent of the world’s population is currently vulnerable to climate change impacts such as droughts, floods, heat waves, extreme weather events and sea-level rise. That’s around 800 Million people – over 10x the population of the UK.

The Arctic region may have its first iceless summer by 2040

Earth Overshoot Day is a symbolic date on which humanity's consumption for the year outstrips Earth's capacity to regenerate those resources that year. The calculated date is getting earlier each year. It is July 29 in 2019. The cost of this overspending includes deforestation, soil erosion, overfishing, and CO2 build-up in the atmosphere, which leads to global warming, more severe droughts, wildfires and other extreme weather events.

Hopefully we can all agree that something needs to be done in order to help protect our environments. You might be thinking that there is not much you can do personally but that’s not true – instead each and every one of us can help out by being more sustainable in our way of living. Sustainability and sustainable development is development in society that ensures we don't overuse natural resources and that which meets the needs of the present without compromising the ability of future generations to meet their own needs.

There are many ways each and every one of us can be more sustainable in our way of life. We can all make small changes to our lifestyle and many of you might think: “What difference will I have?”

Well if you and everyone else here makes these changes then as a whole collective we will have a much greater impact in which each and every individual makes a difference. As a school, we can place more emphasis on using less paper and turning of lights to conserve energy but there are also many thinks you can do as individuals.

So what changes can you make? One easy thing to do is reduce the amount of plastic you buy and consume. 8 Million Tons of plastic are deposited into the world’s oceans every year – why make this number even larger when there are so many better alternatives? This means buying cans instead of bottles, and when you go to a coffee shop bring a reusable cup with you – most places like Costa and Starbucks even give you a discount for doing this so you get to save money as well as be sustainable.

Another thing is using public transportation more often. Bus and train routes go to almost everywhere so instead of getting a taxi or forcing your parents to drive you everywhere, why not get on a bus or train? It reduces congestion and traffic pollution going into the earth’s atmosphere. In 2018, Norwich was one of 32 Cities in the UK with the air pollution levels higher than the maximum limit set by the World Health Organisation - that's not exactly something to be proud of but we can make a difference to this by making these changes.

Recycling is something many people are aware of but don’t do enough.

Recycling paper and metal can really help reduce the amount of waste send to landfill but it's not only paper that you can recycle; things like dead batteries and old electronics can always be sent to places who will recycle and reuse the parts and this is another way you can be sustainable.

The fashion world has come under a lot of criticism for being unsustainable, and this isn't without reason. The Fast fashion industry produces 10% of humanity’s carbon emissions and deposits other toxic chemicals into water streams which pollute them and destroy the wildlife. On a more human scale, cheap clothing stores often underpay their workers. So why support this when sustainable fashion is readily available. Places like charity and second-hand stores and even first-hand sustainable sourced stores always have great pieces in them which are often cheaper than you would think!

It takes about 2700litres of water just to make 1 cotton t-shirt but this can easily be avoided if you go elsewhere and you can make a huge impact on the environment in the process. This also applies to your uniform, the school has a great second-hand shop where you can get everything you need at a lower price and it doesn’t have as much of an impact on the environment.

To finish off, we would like to read you a spoken word piece written by John Agard called ‘Inheritance’.

“If we, the children of the meek, should inherit an earth whose rainforest lungs breathe a tale of waste – an earth where the ailing sea shudders in its own slick

“If we, the children of the meek, should inherit an earth where the grass goes nostalgic at the mere mention of green and the sky looks out of its depth when reminded of blue

“If we, the children of the meek, should inherit such an earth, then we ask of the future one question: Should we dance or break into gnashing of teeth at the news of our inheritance?”