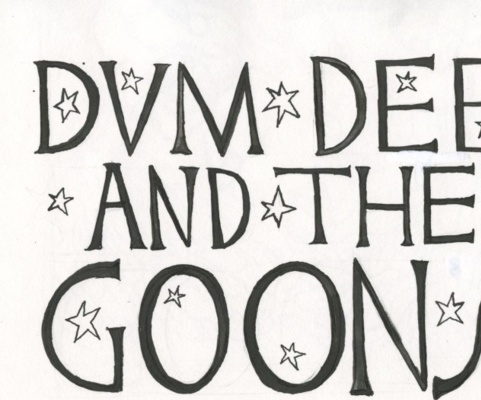 by ON Daisy Wilson Dum Dee & The Goons formed somewhere in the midst of 2014. Our paths initially crossed during our sixth form years at Norwich School. Luke, Giles and I discovered our mutual love of Bon Iver, Lord of the Rings and cups of tea. However, it was only until the summer after finishing school that we came to play together as a trio, along with Alex Elliot, who featured on the drums. I had asked them, somewhat sheepishly, if they would accompany me in the studio to put some of my tracks together. Following these studio sessions, we continued our musical journeys separately and went to university.

And here we are... I am Dum Dee, Luke, Giles and George, Luke's brother and a late arrival, are The Goons. Inspired by the likes of Bon Iver, Sharon Van Etten and Daughter, we make contemporary Indie-Folk music - although I am not sure we like being tied down to a designated genre. We have played various gigs around Norfolk, including a live session on BBC Norfolk Introducing's radio show. We are looking forward to our London debut appearance on June 24th at The Bedford in Balham, along with some VW festivals and other live performances. Moreover, we were delighted to be invited to perform at Norwich School's end of term Jazz evening, as part of the Young Norfolk Arts Festival.

What is next for DD&Gs future? We plan to get in the studio in the coming summer months to record our EP, breaking through the limitations we usually face from our DIY demos. Then we will continue doing what we do, hopefully get spotted and do a world tour. A girl has got to dream.