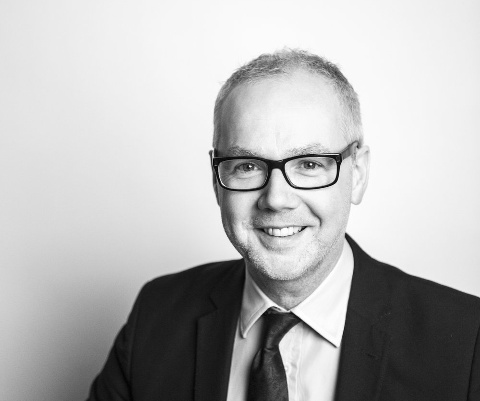 Ahead of next week's concert on the 15th March with the Choral Society and the internationally renowned London Mozart Players, we talk to Richard Allain, the school's Director of Music and the choir's director. Tickets are available from www.ticketsource.co.uk/norwich-school:

Tell us about the concert with the London Mozart Players

The Norwich School Choral Society has run (in various guises) for decades. Each spring, we give a concert in St. Andrew's Hall, usually with an orchestra. The Adult Choral Society (which is made up of ONs, parents past and present, and friends of the school) have asked me (more than once!) if we could perform a piece of mine. A couple of years ago, the Sherringham & Cromer Choral Society gave a concert of my Vespers with the London Mozart Players (LMP), and we decided that we would try and get the LMP to come and play for us. Happily, they agreed. The choir goes from strength to strength each year, and we have tackled some demanding repertoire in recent years. On Wednesday 15th March at 7.30, 200 singers (ranging in age from 12 - 92 years old!) will take to the stage to perform Vivaldi's Gloria, Mozart's Ave Verum, the hauntingly beautiful Adagio for Strings by Barber, and my setting of Vespers.

Vespers, which has the sub-title Songs of the Sea, was commissioned in 2011. The service of Vespers itself, was originally the penultimate service of the monastic day (which, in the Anglican tradition, forms the first half of evensong), and featured psalms, antiphons and the Magnificat. My setting is a nine movement work for soloists, choir, strings, organ, percussion & harp which includes both sacred and secular texts. The Anglo Saxon poem The Seafarer appears next to poetry from Gerard Manley Hopkins, and the Epic of Gilgamesh which is the story of the Great Flood, but was written centuries before the story of Noah. How did you get into composing?

I guess I have always created music in some way. Some of my earliest memories are of playing single notes on the piano. I remember discovering 'thirds' and thinking they sounded wonderful, before discovering 'tenths' and thinking they sounded even better. By my teens I was writing short chamber and vocal pieces, although in isolation and with no tuition of any kind. When I applied for university, I felt confident enough to submit a portfolio in the hope of studying composition seriously as part of my degree, but I didn't enjoy this aspect of the course and, by the end of it, I was disheartened by the whole thing. I spent the next four years writing and experimenting, again in isolation (while holding down various jobs including a four and a half year stint at the Royal Opera House), but with nothing much to show for it. I reached a fork in the road and, in my mid-twenties, I studied to become a teacher. It was a couple of years afterwards that I really began to find my voice as composer. I wrote my first serious piece Salve Regina when I was twenty seven and, although it was eventually given a performance at the Proms, it sat in a drawer for three years before it was premiered.


Are there any composing/musical projects that you're particularly looking forward to?

I am really looking forward to conducting Vespers with the London Mozart Players alongside the Norwich School Choral. I am recording a new CD with Merton College Choir in June which will include several previously un-recorded pieces. I have just had some new pieces published by Novello, and I am looking forward to hearing them being performed in the future. A new piece of mine Videte Miraculum has just been released on the Harmonia Mundi label with the chamber choir ORA. Do you have a particular process that you follow in composing? Are you systematic or sporadic?!

A piece begins as a collection of sounds in my head, each with a different sonic signature to it. The job of composition is to decipher those sounds, work out if they're worth pursuing or not, and somehow transfer them to the page. It can happen from sitting for hours at a desk or a piano, or it can happen driving through town, on a quick lunch break, or in the middle of the night - basically, at any time. I rarely find it easy, and I often re-work pieces for some time after I have 'finished' them.


Are there any artists you particularly admire?

The list is a very long one. Here is a selection:
Carlos Kleiber. Genius.
Glenn Gould. Idiosyncratic genius.
I greatly admire Benjamin Britten's piano accompaniments (Winterreise or Schubert's Arpeggione with Rostrapovich) - very special.
Miles Davis - one of the most distinct musical personalities I can think of.
Ella Fitzgerald - inventive, fun, and with an inhuman sense of intonation.
Frank Sinatra - especially the recordings of the 50s. His feel and phrasing are extraordinary: I defy anyone to sing along accurately (and I mean accurately!) with a Sinatra record.
Art Tatum, Oscar Peterson, Nat 'King' Cole (as much as a pianist as a singer), Keith Jarrett, Diana Krall.
Pavarotti and Domingo - for different reasons. I stood on stage many times watching Domingo perform (Cavaradossi, Otello); it was an experience I will never forget.
Dave Matthews, Alex Turner, Guy Garvey, Chris Martin - great creative minds.
David Bowie - where do I begin?


Which composer, alive or dead, would you most like to talk to, and why?

This is an interesting question, and I have no easy answer. I'd like to have had coffee with Vivaldi, as his music is so open-hearted and often joyous. I prefer Bach's music, but I wonder if he would have much time for the likes of me. I'd liked to have heard Mozart play the A major piano concerto (23) or been in his apartment when Haydn came around and they played through Mozart's 'Haydn' quartets (or any of Haydn's own for that matter), or have heard Schumann play Mondnacht. I'd have killed to have been in the room when Strauss was checking through the piano score of the trio from the last act of Rosenkavalier. I'd like to have sat next to Verdi at a performance of Otello, or Puccini for the second act of Tosca. I'd like to have asked Lutoslawski about Preludes and Fugues for 13 String Instruments. I'd love to have heard John Cage's laugh, or seen Gershwin's trousers in real life, or smelled the smoky air of Shostakovich's study, no doubt heavy with the scent of Russian cigarettes. The list goes on. The reality, however, is that even if I were to meet any of the good and the great, I'd be useless: many years ago, I bumped into Leonard Bernstein, a great musical hero of mine, but nerves took over and I couldn't speak a word. What styles/genres of music do you most enjoy composing for?

I enjoy writing all sorts of music. I adore writing pop songs, but I can't find any mainstream outlet for them. I would love to write a ballet score, something that has been on my to do list for thirty years now....


Why should people come to this concert?

In music's evolution, it's only in the last fragment of its existence that we have been able to successfully capture it in recordings; however, it is designed to be heard 'live' - in the same space at the same time as the people who are singing or playing. There is (and never will be) any substitute. If you love choral music, you're in for a treat. If you don't, then come just to hear the Samuel Barber (famous as a film score and considered one of the greatest pieces of all time) played by our pupils alongside a world-renowned chamber orchestra. Come to support musicians old and (especially) young as they do something amazing. Come because there will be a bar in the interval and the TV's rubbish on a Wednesday. Come because it's amazing value - under 18s are FREE!