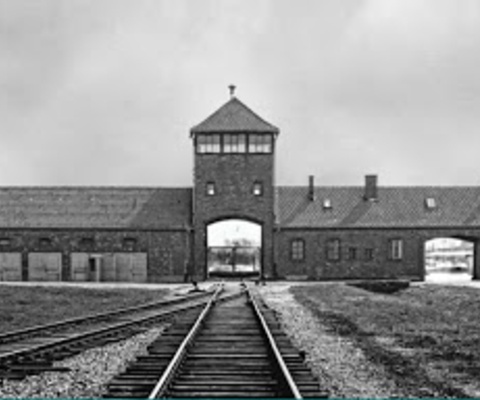 To mark Holocaust Memorial Day, Bo Spurling (L6N) reflects on the relationship between history and memory, and why understanding the past is key to preventing future hatred.

It is during this day, on the 76th anniversary of the liberation of the Nazi death camp Auschwitz, that our relationship between history and memory should be mediated. Our frequent encounters of rapid social change, shifting international situations, rising powers and differences of opinions means that it is no amplification to state that we live in times of increasing uncertainty. However, the terror of the Holocaust can spur an impassioned desire within us, a desire to ensure that any future recurrence of the event is forbidden.

Remembering the Holocaust reinforces important lessons regarding our moral responsibilities towards one another, teaching values of leniency, individualism and credence. It is irrational to believe that humanity can successfully transition to, nor maintain, a world of tolerance without a multifaceted understanding of the historical events which transpired prior to our births, however harrowing our personal opinions deem them to be. Maturing our knowledge of historical events surrounding human conflict is consequential in order to surpass the differences that contribute to such devastating hatred. Even to this present day, many of us believe ourselves to be good people until a situation arises where we feel our beliefs are in the minority of a societal group. It is during this moment where we will subconsciously silence our opinions in order to preserve the allegiance we have to those in the group. One must only have to acknowledge global trends to accept that we form groups of common interests, which is, to an extent, an innate part of humanity’s fabrication. Nevertheless, the extremities of tribal bias and cognitive bias can indeed pose issues of violence and danger. Tactics that are intellectually dishonest may be used by a person to discriminate against an individual, rather than their discussion points, eventually obstructing human growth and progression.

There is a misconception amongst humans to believe that the perpetration of evil was committed in a world unknown, by people different to ourselves and to believe that these events do not and will not occur in our lifetime. Modern chronological snobbery can create moral blind-sports, inducing negative eventualities in our society. However, the testimonies of those who have experienced such devastation can connect communities. Humanity’s goodness can learn to understand hatred and how to prevent it from occurring in the future. How we respond to the perpetration of crimes against humanity is distinctive, but there is no doubt that the abhorrent cleansing of Ethnoreligious groups can teach us a questioning mind, of which to test contentions made by both ourselves and the people who surround us.