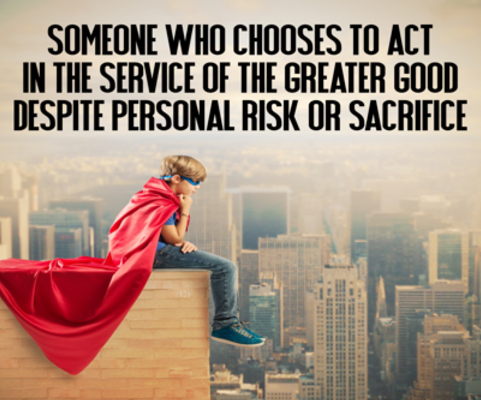 "Mrs Hill completed the Chicago marathon in October 2017. This is her third of the six major marathon's in the world. She has done London, New York and Chicago, and now has Berlin, Tokyo and Boston to go. What a fantastic aspiration. I have a much more tame aspiration to run 5k under 20 minutes. And to be honest I feel a long way off still. Nonetheless I am not giving up, it is good to aspire.

At Norwich School we define aspiration as:

'The desire to succeed and to aim high in everything you do, to become the best you can be.'

I have been awed by some of the recent achievements and aspirations of people. In May 2017, the Spanish climber and long-distance runner Kilian Jornet ran up Mount Everest twice in one week without using oxygen tanks or fixed ropes. He took 26 hours when the ascent often takes people 4 days.  Lewis Hamilton broke the all-time record for pole positions by taking the 69th of his career with a sensational performance in wet qualifying at the Italian Grand Prix in September.

I also watched a sporting performance last year that has stuck in my memory. It was the final event in the Triathlon World Series in Cozumel Mexico. Jonny Brownlee was on the cusp of being crowned World Champion. He had to win this last race, to win the World Series.

With 1500m to go he was in front by 25 seconds and said he was feeling good. However, with 500m to go, he could not run anymore. He was suddenly overcome with heat exhaustion, and his body started to shut down to protect his vital organs. He began to stagger, and drift backwards and forwards across the course, until he finally just stopped.

At that moment, his older brother Alastair came round the corner, grabbed his arm and supported and half-carried him the final distance to the line.

However because he stopped to help his brother, South Africa's Henri Schoeman ran past them both,  to victory. Alastair sacrificed his own chance of winning the race and coming second overall in the World Series. He finished the year in 10th place.

When interviewing the brothers afterwards an ITV presenter said, "You two are sportsman trained through and through to prioritise victory over pretty much anything else, what was so remarkable about this, was that you prioritised your brother over that, you could easily have run past."

Alastair described what happened in this way. I have paraphrased it because his response was quite long... "I was running the race thinking this has been the perfect year. Jonny is going to win the World Series. I'm in third place, I am going to beat the guy in second and come second in the Series. Then 500 m from the finish line I see Jonny stumbling around. I thought I have to get him to the finish line he might still win the World Series and I think, I have had that problem before and it was horrendous."

Did you catch that? There were two reasons why Alastair stopped to help his brother. The first was because he had been through something similar himself, in a race in London, and said it was a horrendous experience. The second reason was that he was thinking of his brother's world title hopes, and that if he could help him over the line, he might still win the world series.

Alastair's own aspiration gave way unselfishly to Jonny's health and ambition. At that moment Alastair became a hero, he stepped up when it was right to do so. Mr Fisher recently spoke at the U5 Step Up 2017 Leadership and Service Conference. He defined a hero as: “Someone who chooses to act in the service of the greater good, despite personal risk or sacrifice.”

I do wonder if what happened to Jonny, happens again in another race, if people will follow Alastair's example, I really hope so?

I don't know if you have something you aspire to yet? Be it a certain number of high numbers in your GCSE's, or to achieve a musical or sporting goal, or a place at your university of choice or something else?

I am not saying that you have to have a driving ambition. I left school without knowing what I wanted to do as a career. And for me life has been a really varied and exciting journey so far.

In this school, we want to help you to achieve your goals, and reach your potential, and in whatever you do we want you, to want to do your best.

However, we also want you to be like Alastair Brownlee and balance your aspiration with compassion and empathy. Mr White put it this way, we want you to have "sharp elbows with a conscience."

So Aspire... Desire to succeed... Aim high in everything you do... And become the best version of you, you can be."