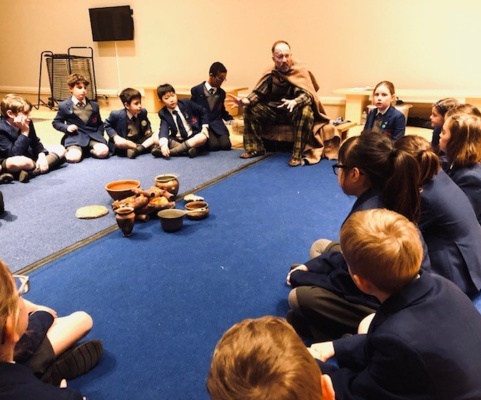 Upper Two visited Norwich Castle Museum to meet with the Roman and Iceni people they have been studying so carefully in class.

They were confronted by an argument where the Roman's, Julia and Brutus were demanding taxes from Ketha and Marek  from the Iceni tribe. The children's task for the day was to decide, after meeting with all characters, whether these taxes were fair. Admiring the strength of the Roman Army, many started with their opinions firmly on the side of Brutus and Julia.

Brutus the soldier allowed one lucky pupil to try on a galea (helmet) and others felt the weight of the gladius and scutum (sword and shield). He explained why the Romans were so efficient at battle, encouraging the children to get into formation and fend off the fiercesome Celts (their teachers) while Julia allowed the pupils to handle 2000 year old artefacts from real Roman homes.

Ketha, from the same Celtic tribe as Boudicca, gave the children a torc-making session resulting in beautiful silver and gold jewellery and her husband Marek kept everybody absorbed with his superb storytelling, helping the children to understand why Norfolk-born Boudicca rose against the Romans - and almost won.

Following a wild boar hunt (the boars were, of course, the teachers), the children mimed scenes from everyday life in a Celtic tribe.

And their decision about taxes? Ketha and Marek did a good job - on reflection, they thought the taxes were a little unfair! 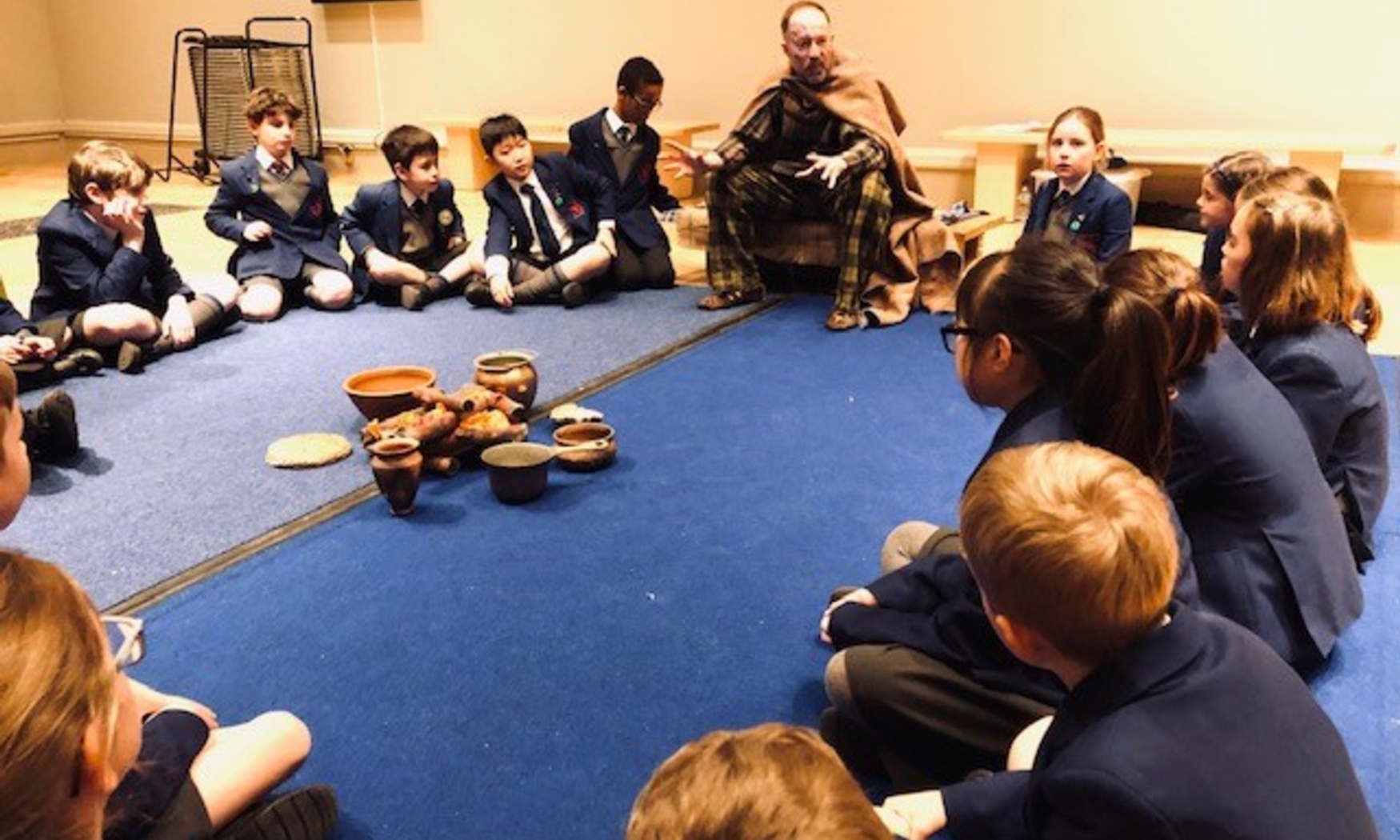