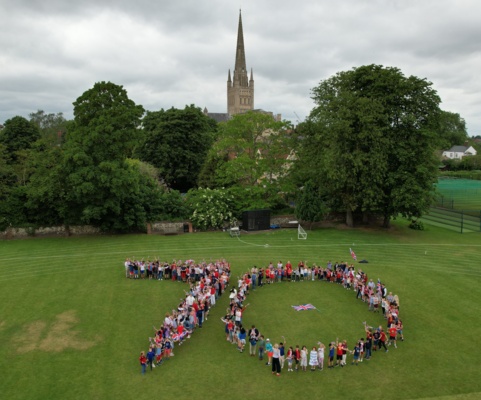 As we prepare for a nationwide celebration to mark the Queen’s Platinum Jubilee we thought we would share what we’ve been doing to help our community celebrate this unique occasion.

It all began a few weeks ago when we launched our Jubilee Pudding Competition. We had some truly mouth-watering entries from pupils across the whole school, which made judging very tough for judges Mr Ingham, Ms Bailey and Darren Fitzpatrick and his catering team. However, the overall winner was Harry in Reception, with his ‘Strawberry, Blueberry and Banana Smoothie Jubilee Cake’. His delicious pudding will now be on the Refectory menu for the remainder of this team. Runner up and Senior School winner was Benji in U4, with his recipe ‘The Queen’s Favourite Chocolate Cake’. Pupils throughout the School enjoyed tasting the puddings at a celebratory jubilee lunch which was hosted in the Refectory on the last day before Half Term.

Lower School also celebrated in style with a whole day of fun and activities to mark this unique occasion. Thursday 26th May was a Home Clothes Day with a red, white and blue theme, featuring lots of union jacks and crowns. In the afternoon, pupils enjoyed a carousel of activities including crafting, traditional English sports, a quiz all about the Queen, dancing and singing, including, of course, the National Anthem.  There was also a Jubilee parade, where pupils marched through the Lower and Upper Close waving their union flags before returning to school where there was an aerial photo of all children and staff forming the number 70, followed by a traditional English tea party.

In addition, Lower School pupils have used the Jubilee as an opportunity to get creative and have designed a special edition Jubilee tea towel which is being sold to raise money for their chosen charity. They are also working hard on creating crowns, which will be modelled and filmed to be shown as part of the Senior School Fashion Show later this month.

In the Senior School the jubilee was marked with a special assembly in the Cloisters of Norwich Cathedral. The Scouts raised the flag and the School joined in singing the National Anthem. Pupils were also challenged with a Jubilee quiz on the last Friday before the Half Term break.

Beyond Norwich School, we spoke to ON David Reeve (48-57) who was a Chorister at the coronation of Queen Elizabeth in 1953 whilst a pupil at Norwich School. He reflected on his experiences and memories of the day. You can watch the interview here.

Jubilee celebrations will continue into next term, with many of the Gather performances incorporating a jubilee theme. L4 pupils have all been given songs by famous British bands or artists through the ages of the jubilee to use as their inspiration for their garden plays and some of the lines at the Fashion Show are jubilee inspired.

In our wider community, the School is re-naming the Outdoor Classroom and School Allotment, so these areas will now be called the Jubilee Wellbeing Garden. In addition, Friends of Norwich School have purchased a pear tree, which will be planted in the School’s allotment and their First Friday Coffee Morning on 10th June will be hosted in the garden.

Whatever you are doing to mark this special occasion for our nation, we hope you have a lovely long holiday weekend and enjoy your celebrations. 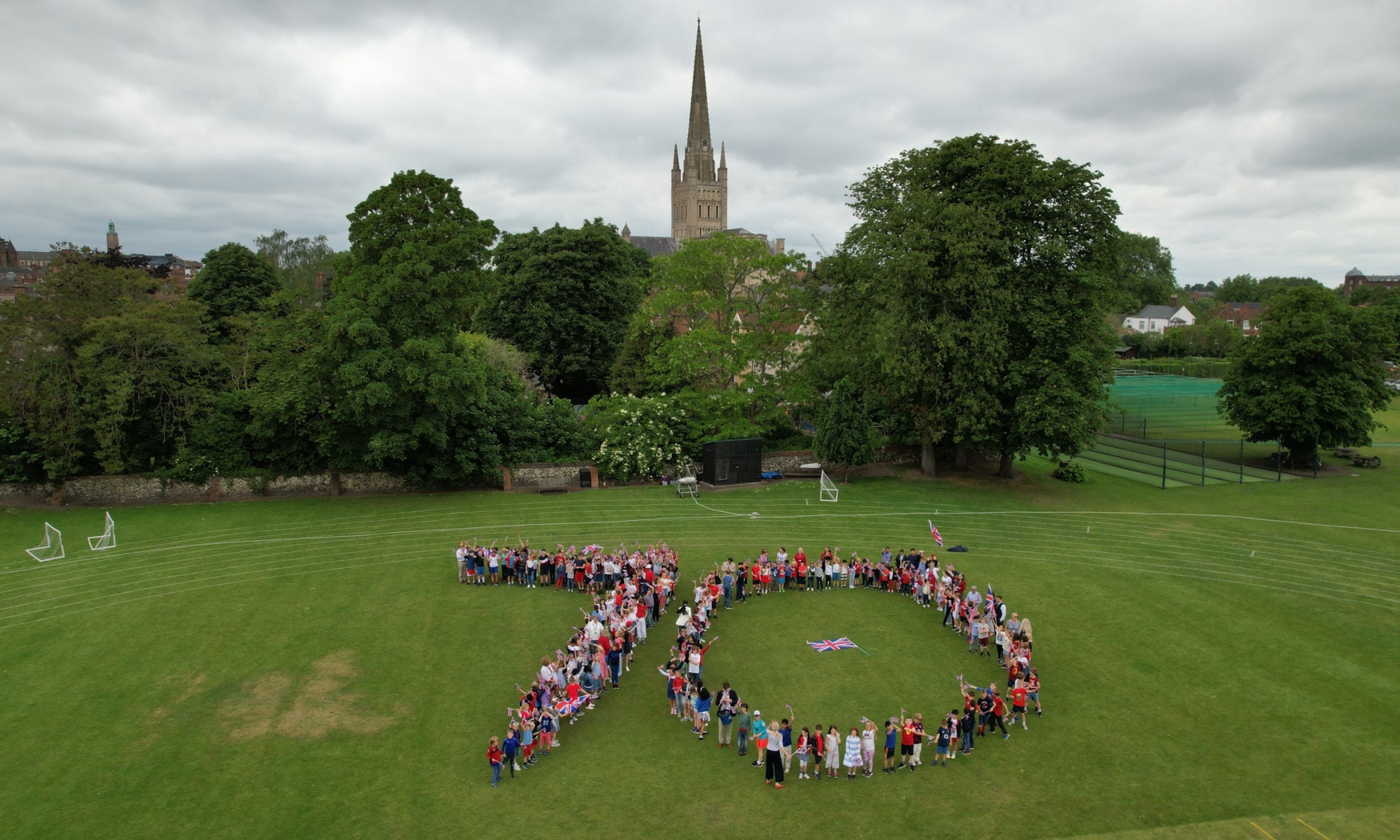 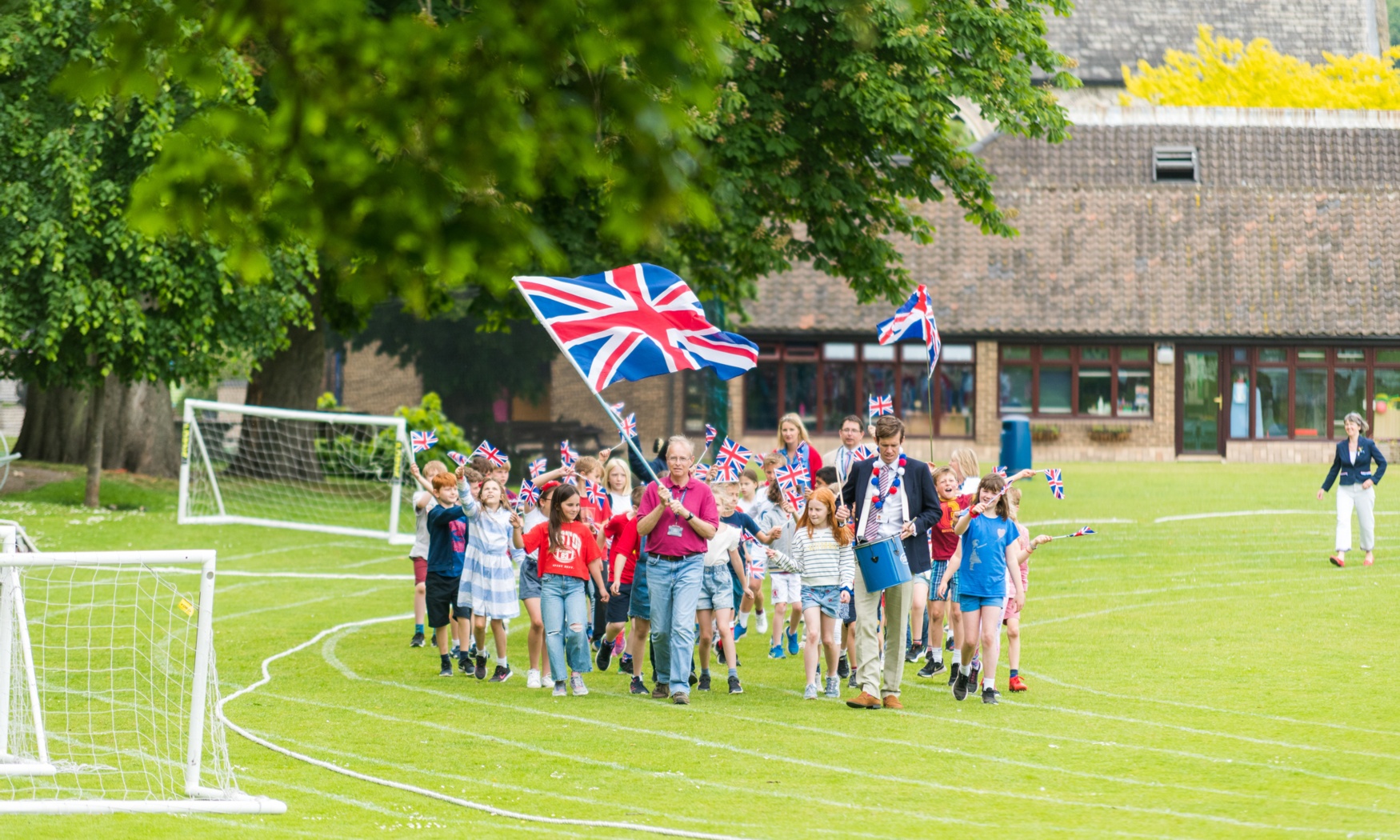 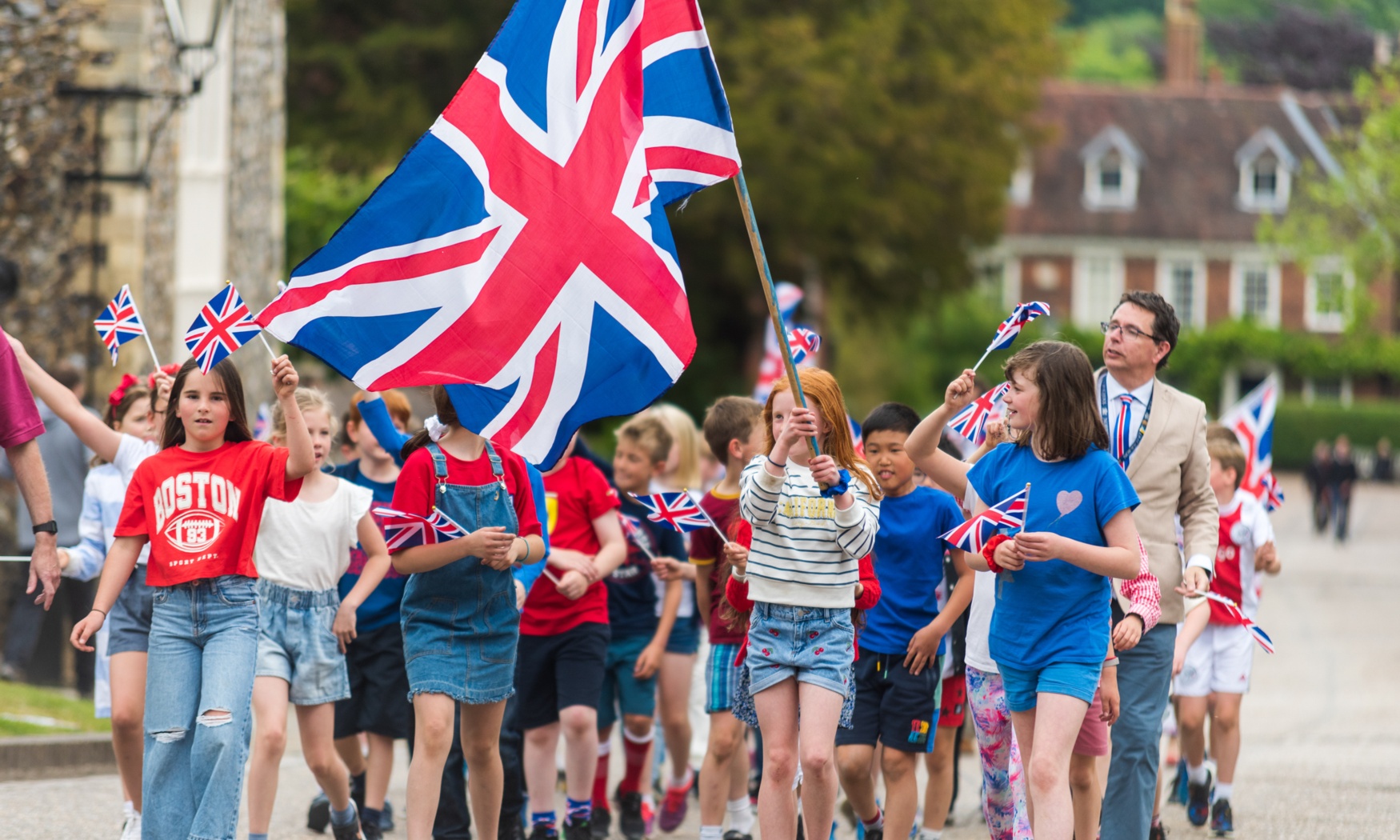 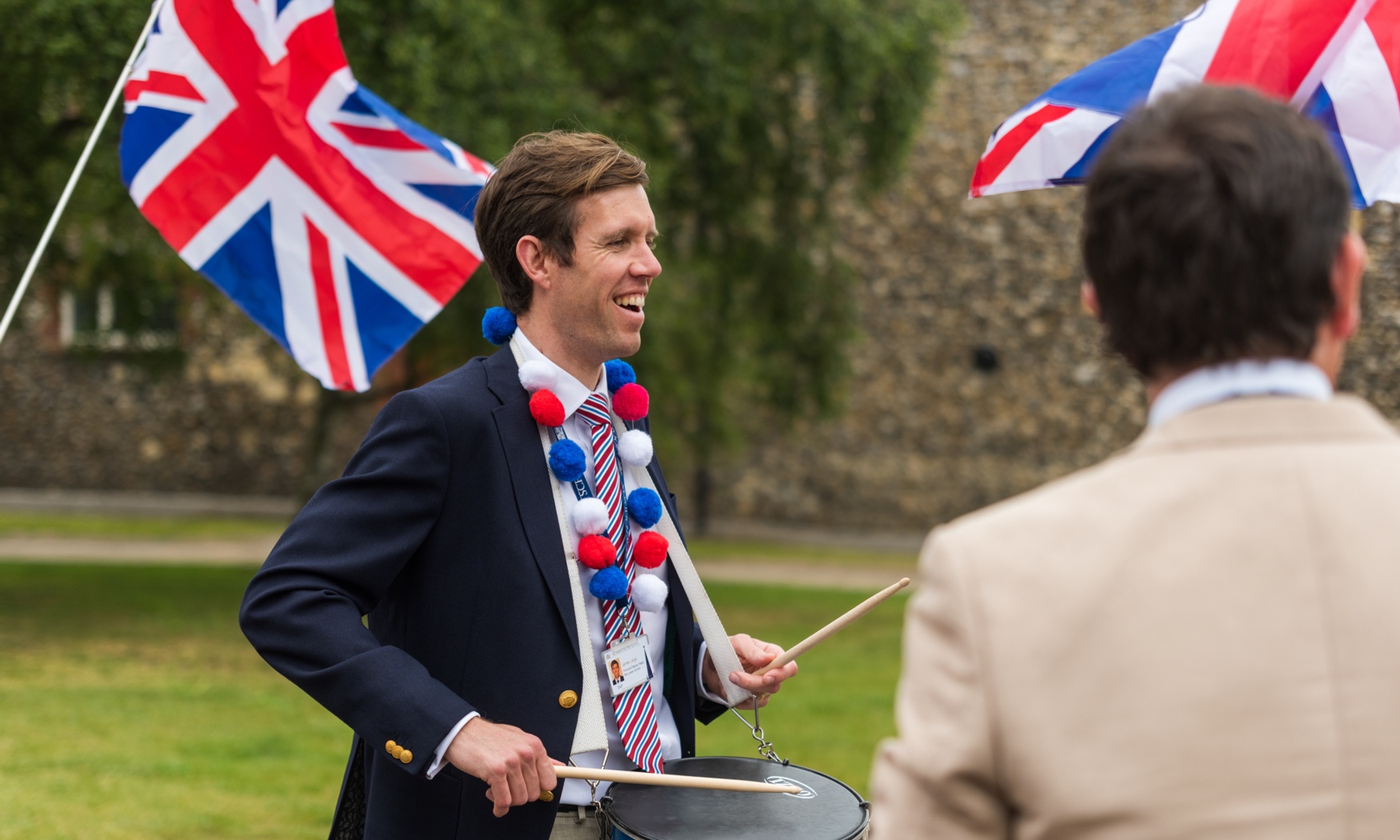 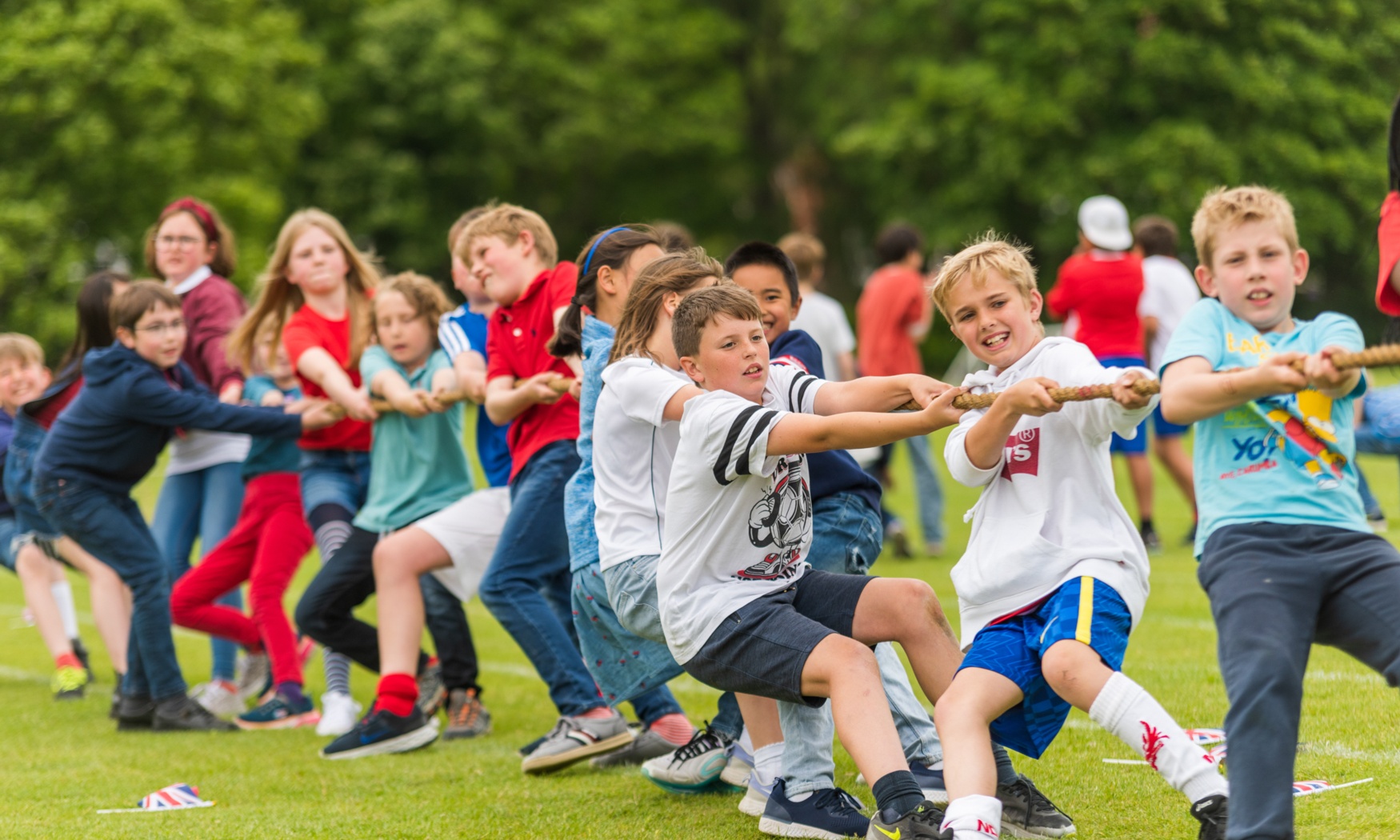 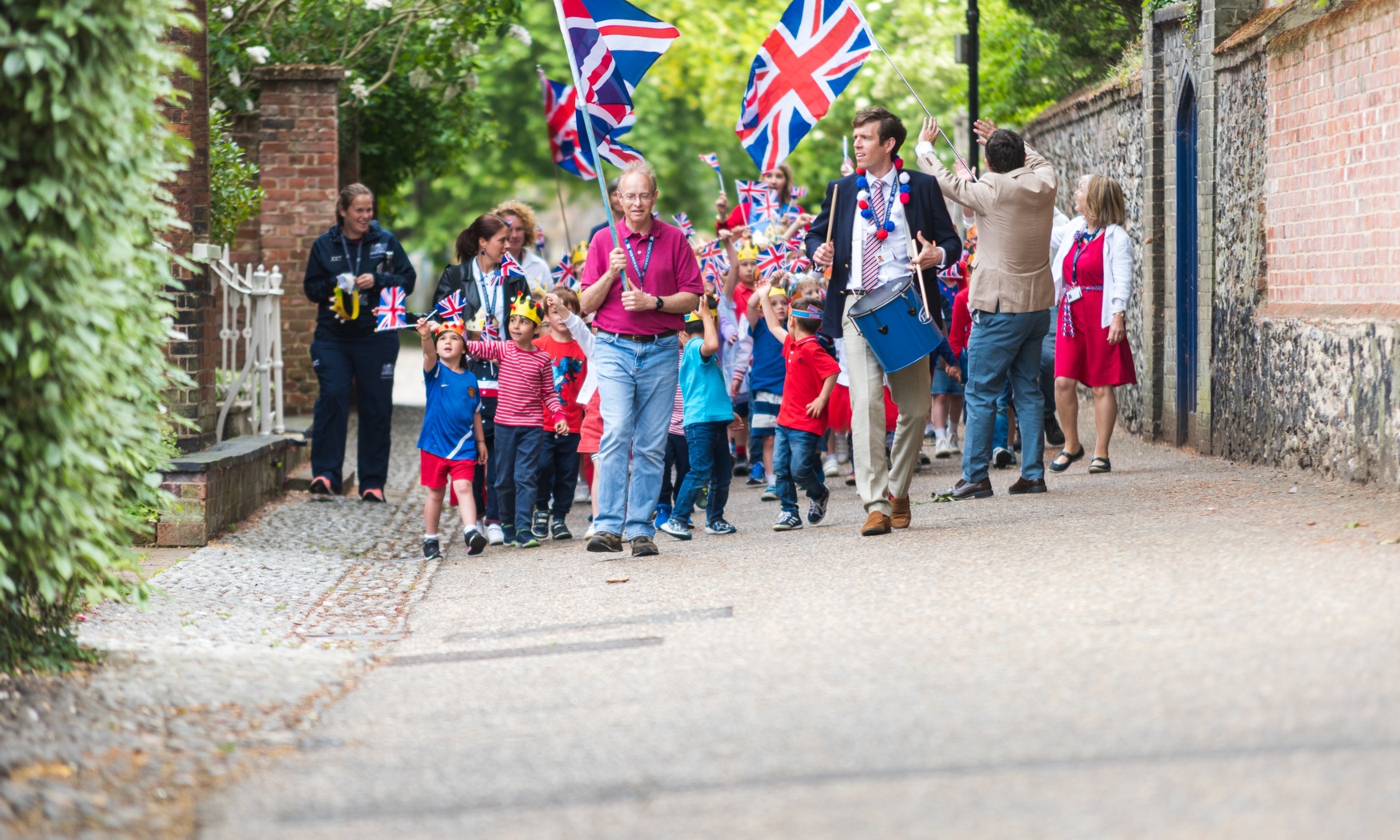 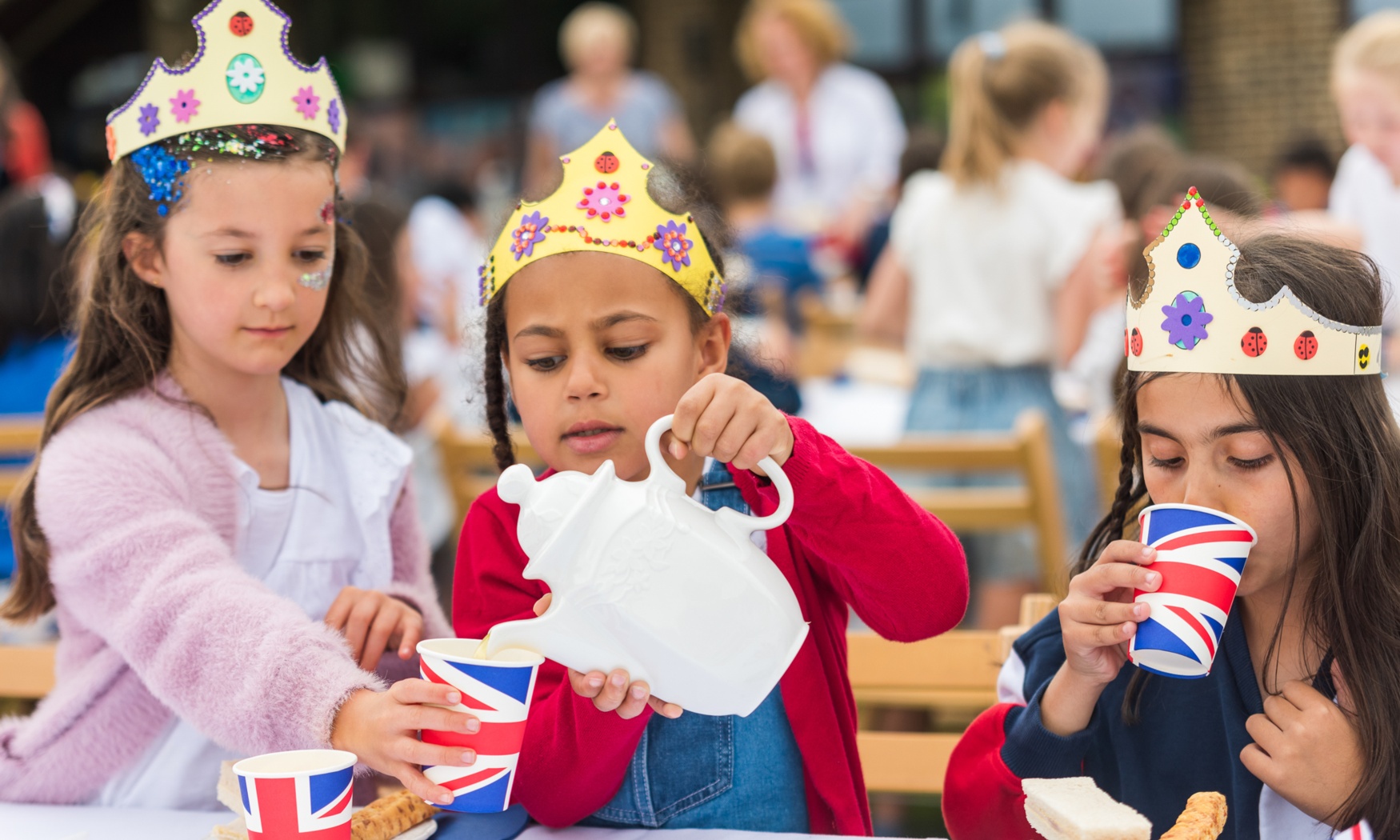 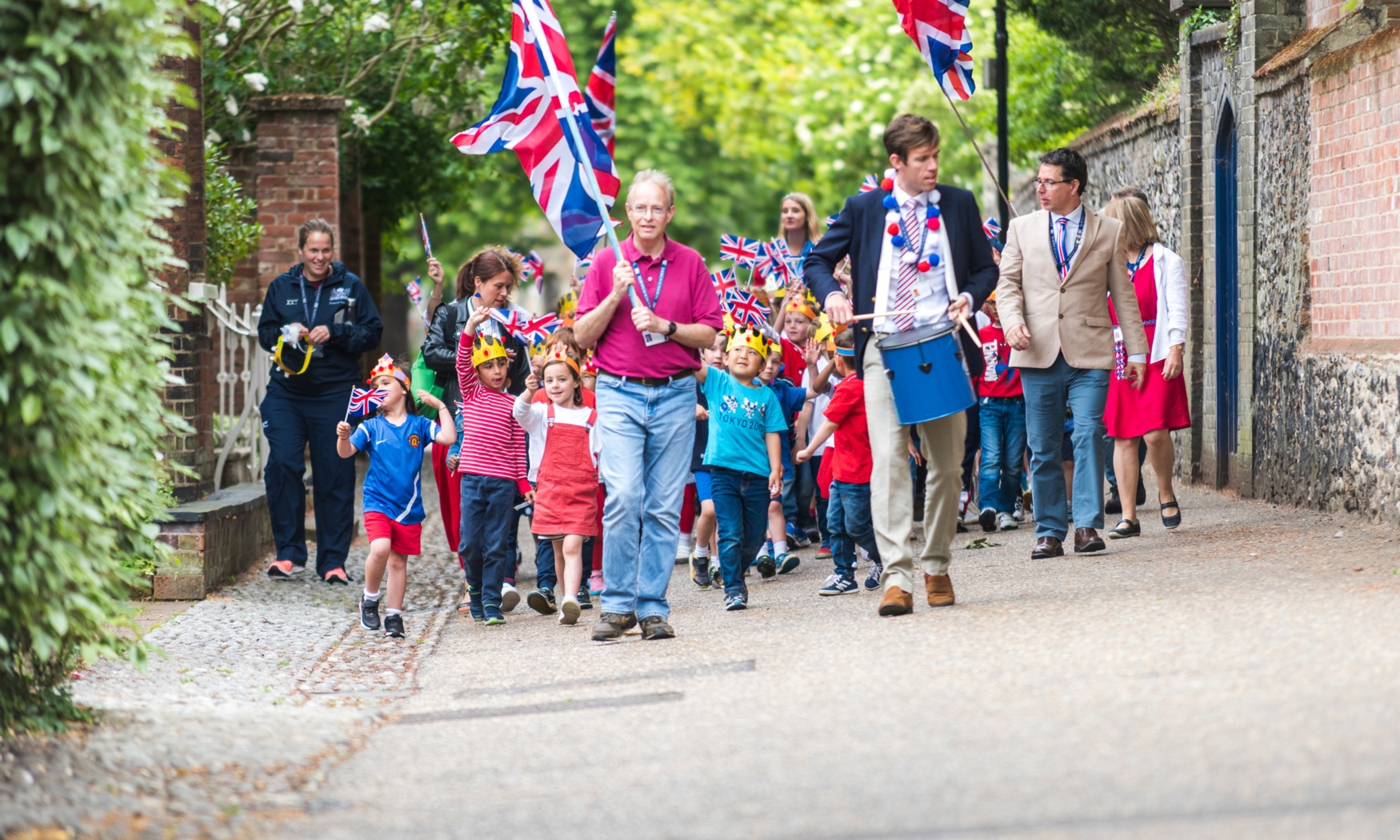 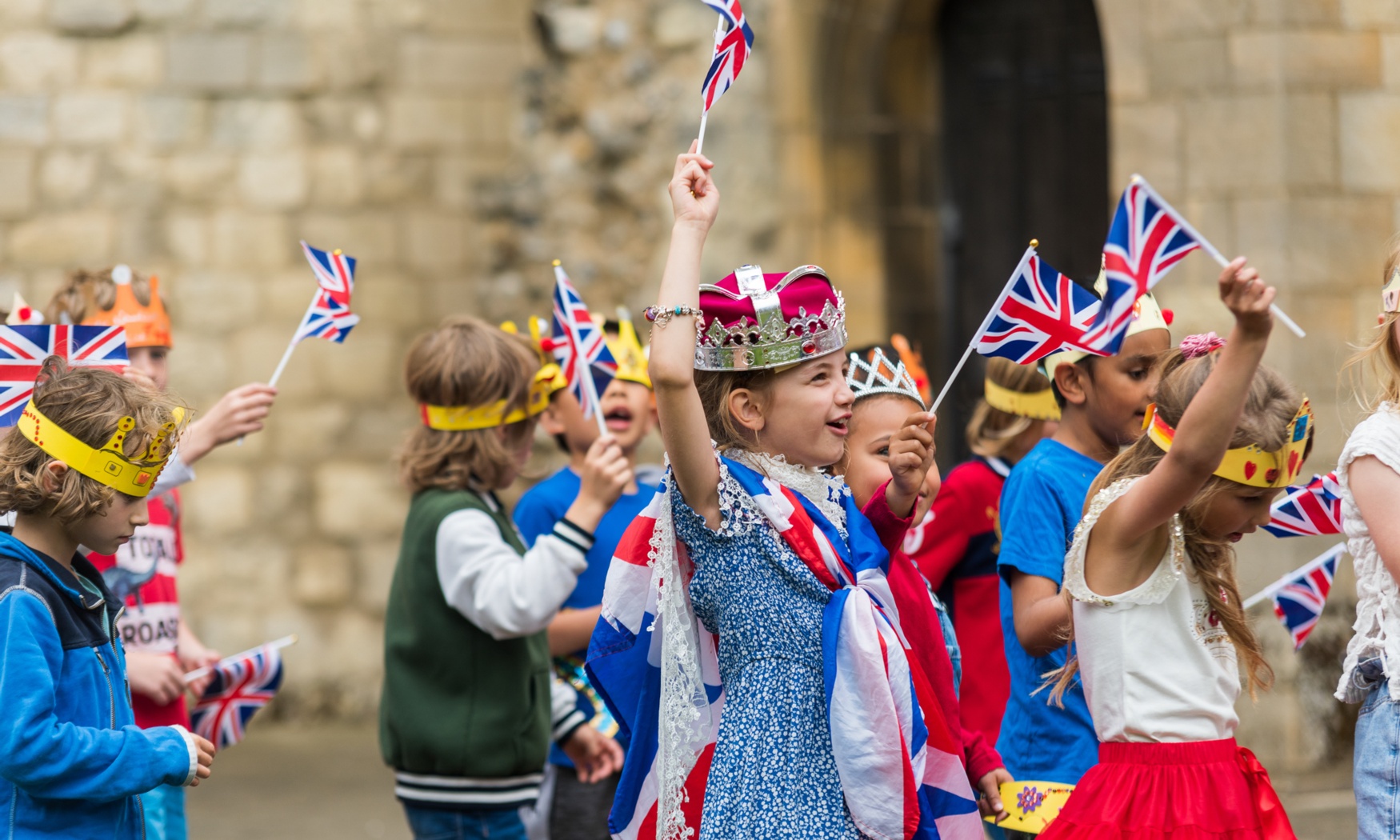 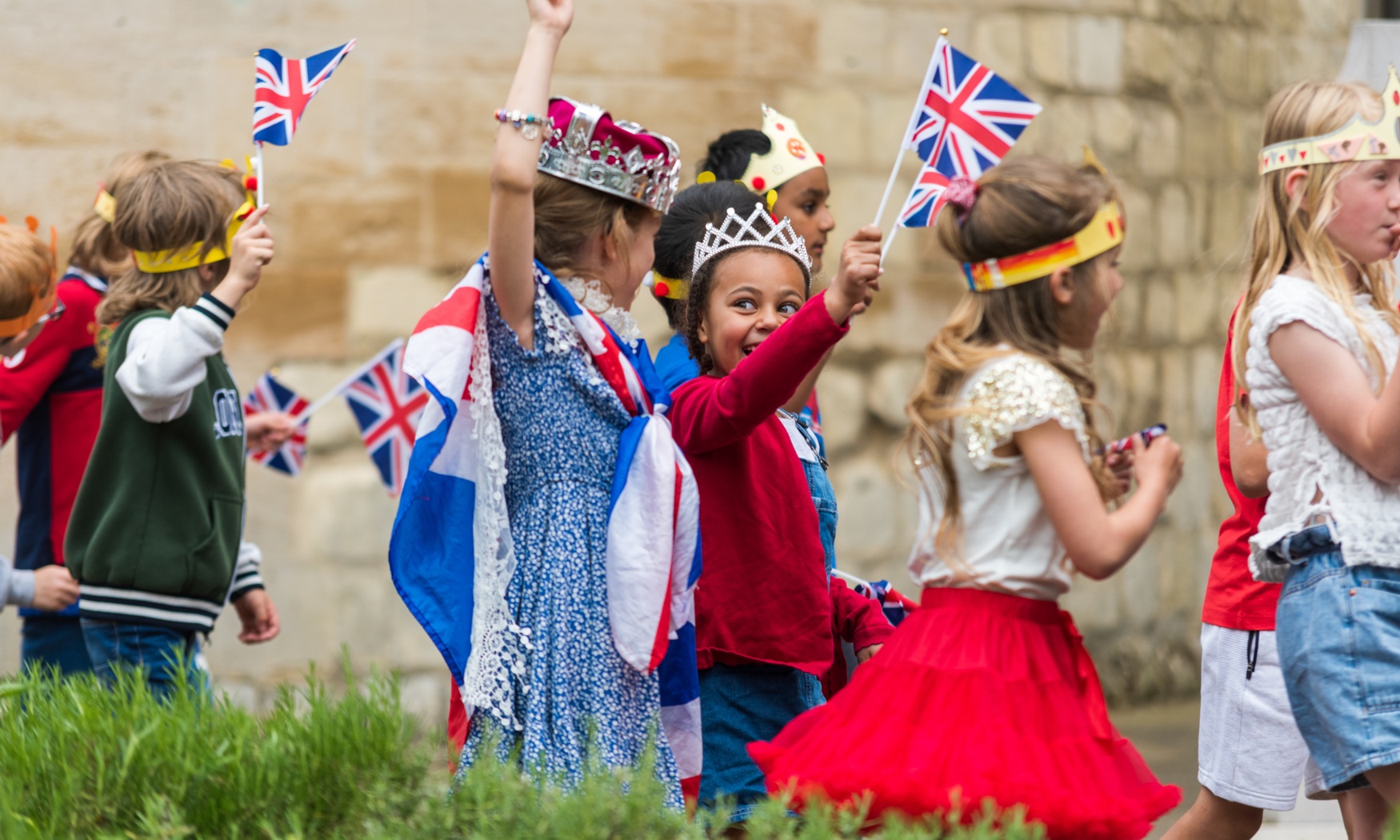 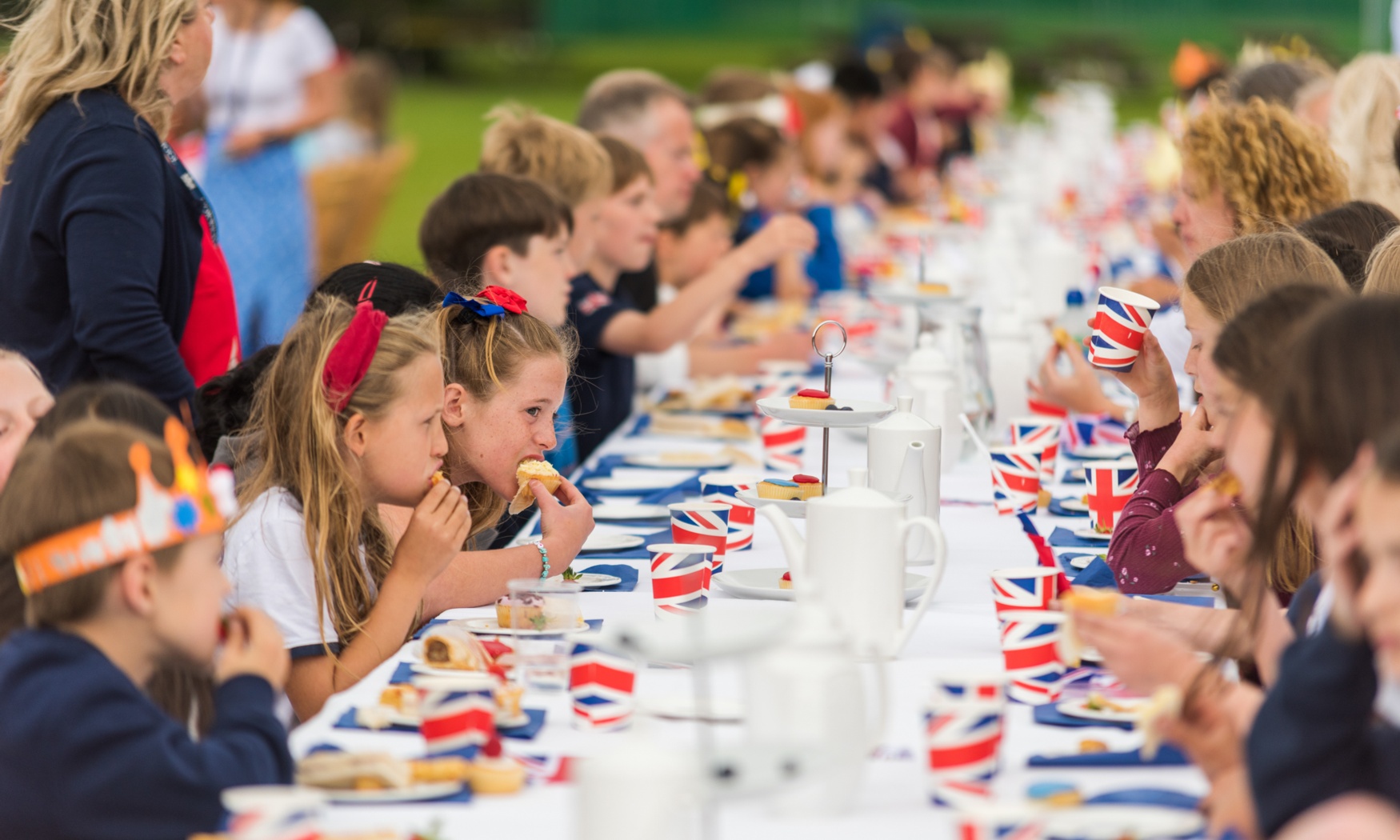 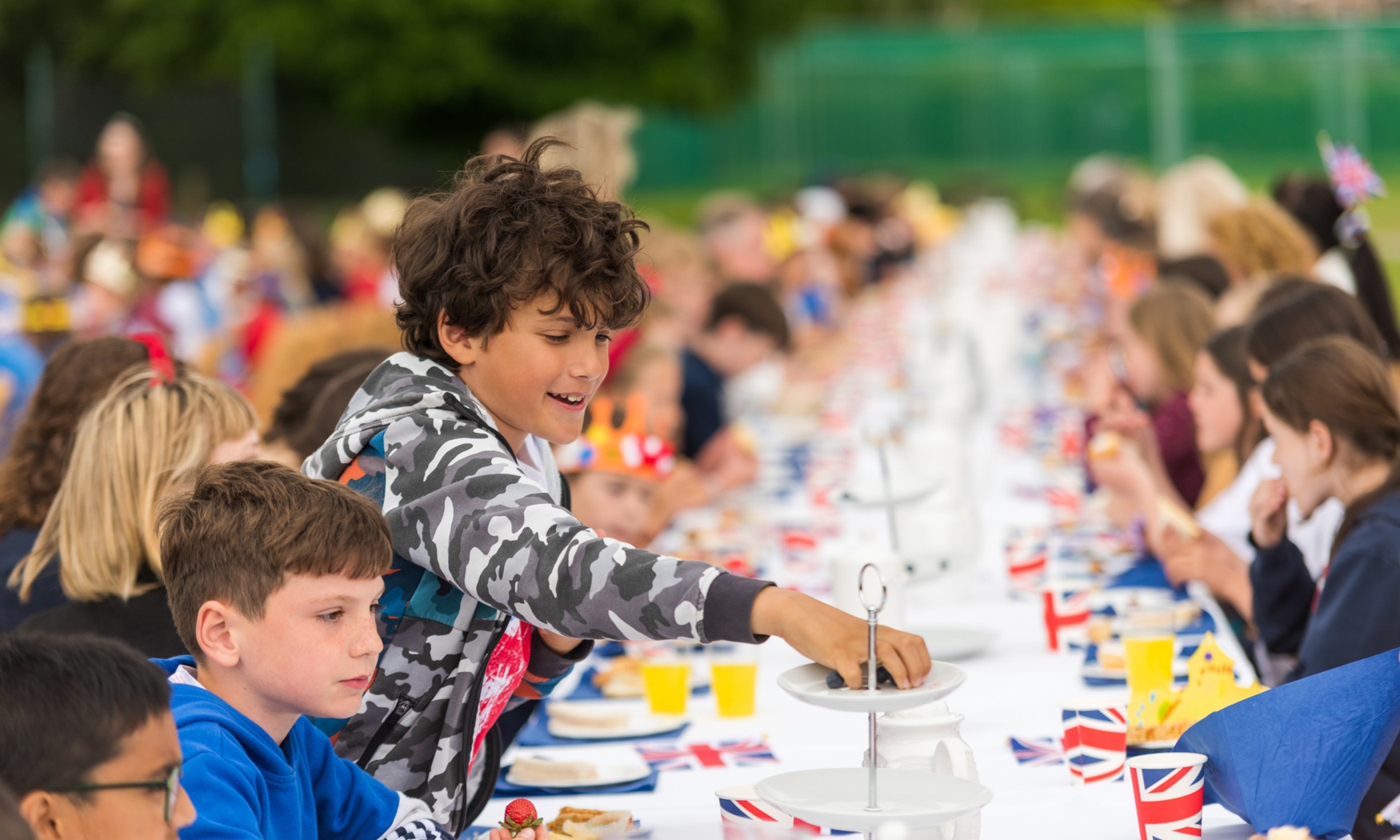 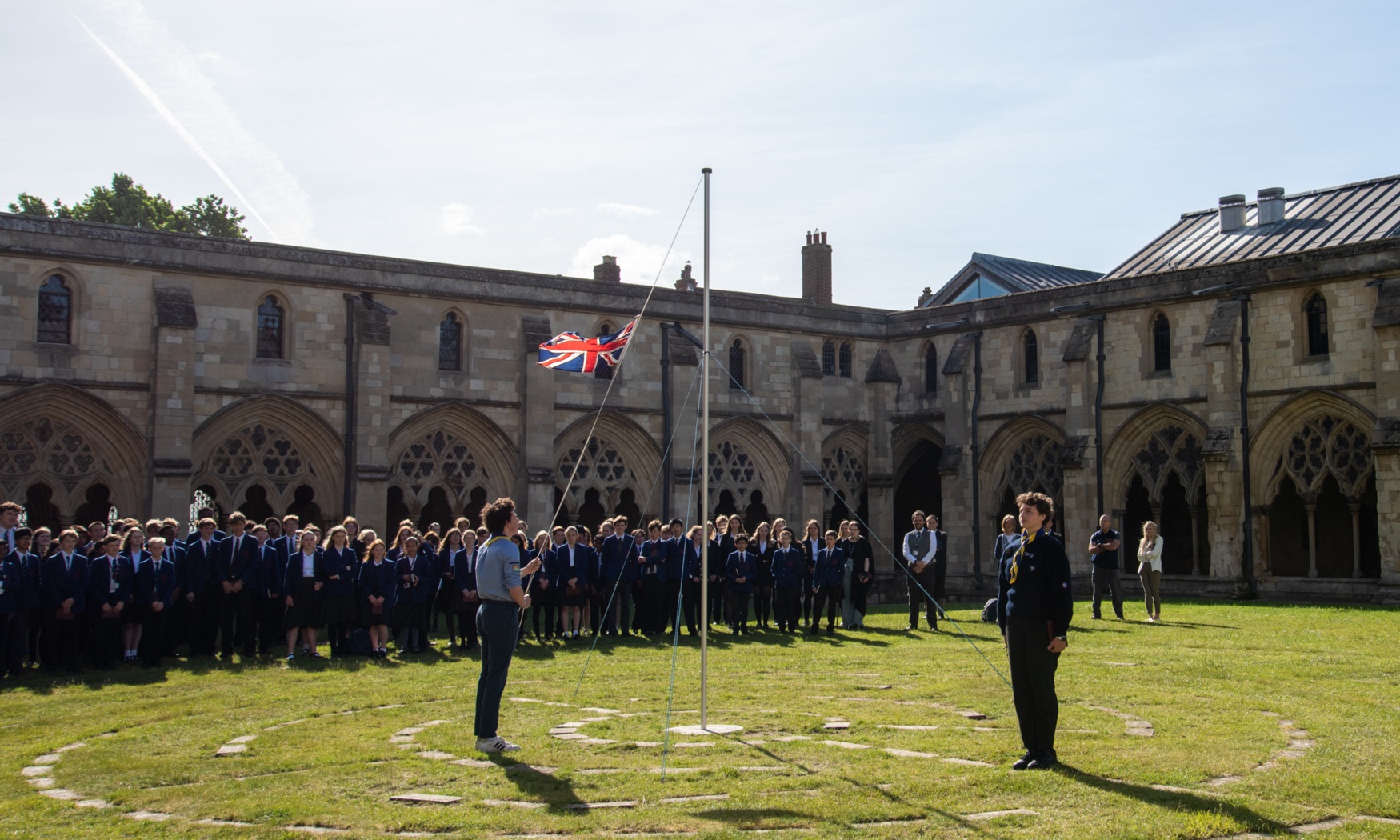 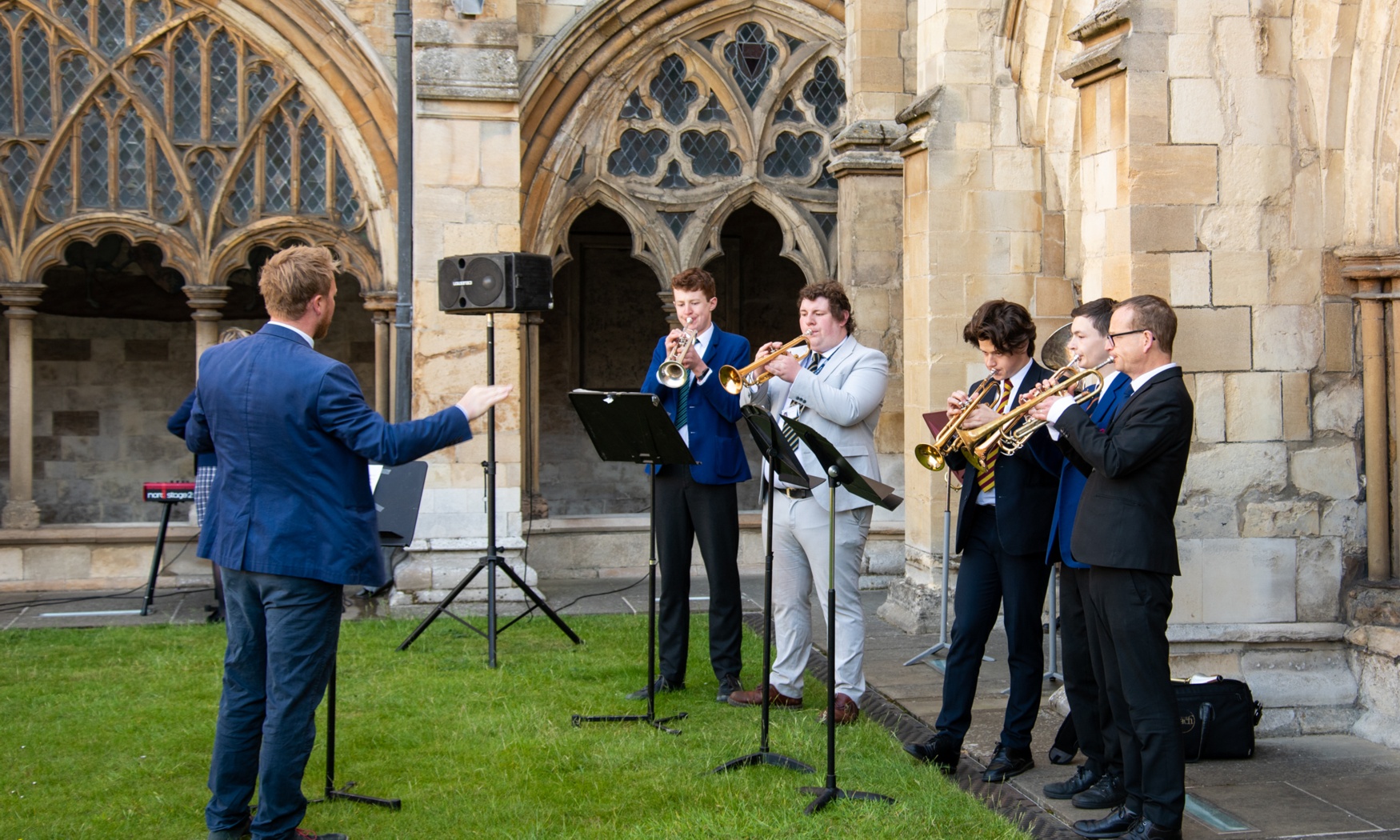 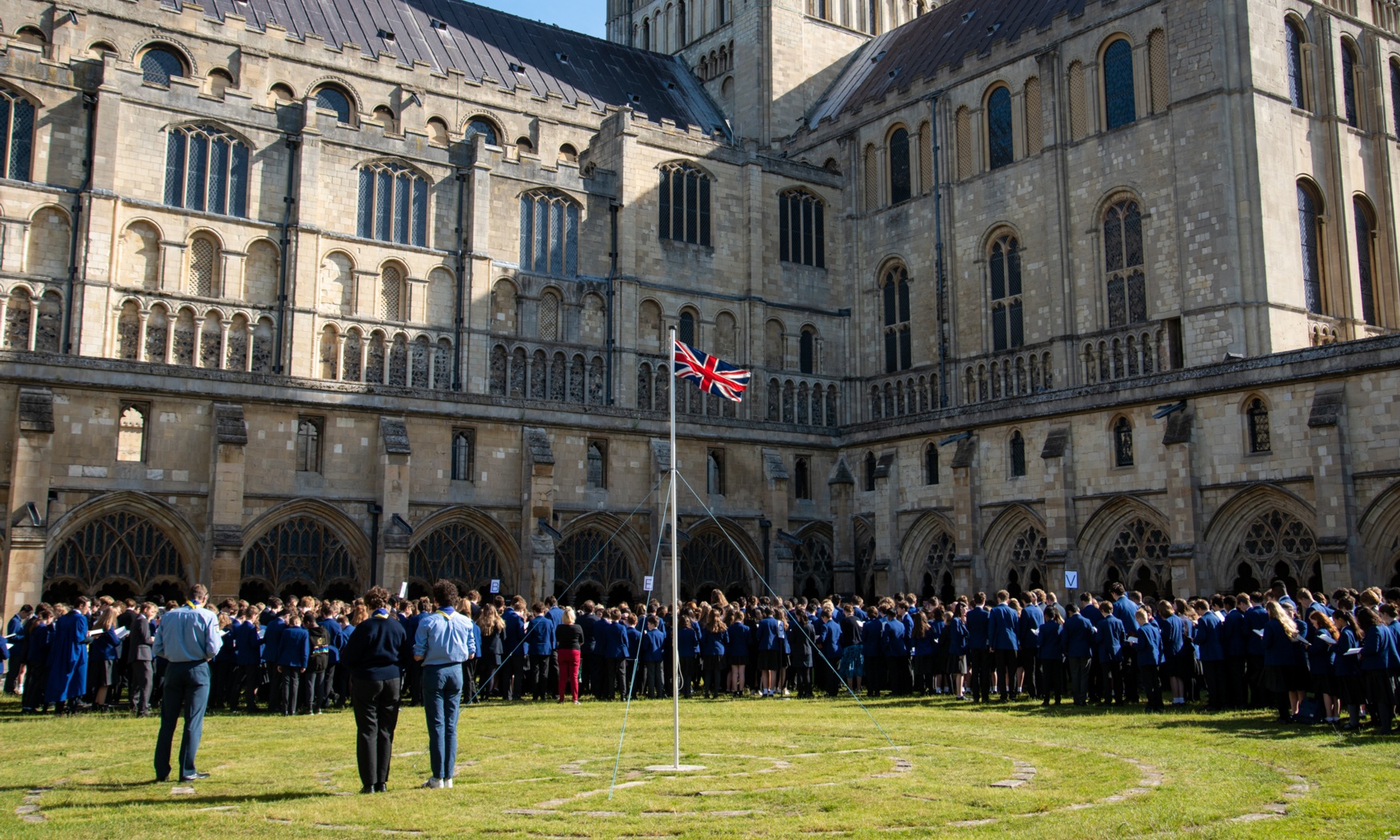 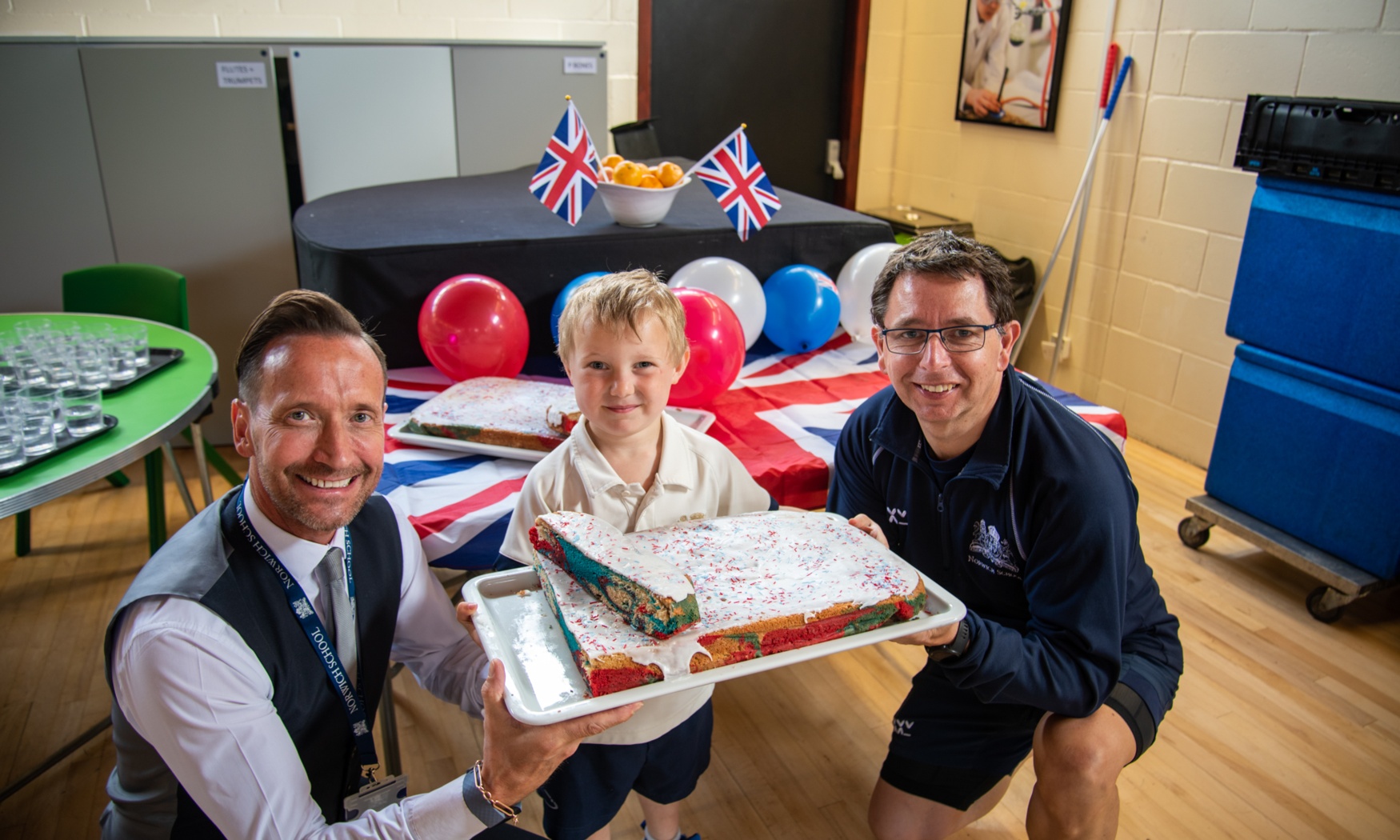