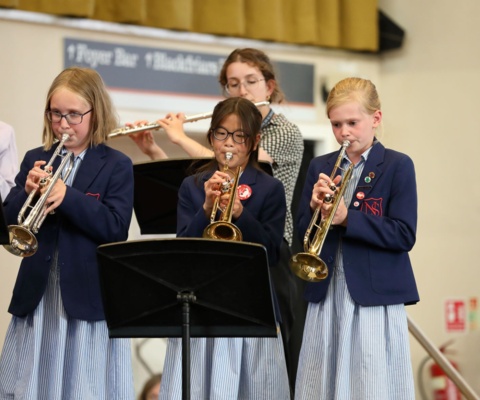 All Pupils Took to the Stage for End of Year Concert

Well it was quite a night! A programme of all styles of music, from traditional Scottish tunes from the String Orchestra to a taste of the Caribbean from the Steel Pan Band. Almost all the Lower School children were involved in some way, from Infants to Upper Three and it was great to see St Andrew’s Hall almost full of parents, all eager to hear their children perform.

The instrumental groups, without exception, showed what talent we have amongst our pupils. The Strings, guitars and wind groups played familiar tunes, from the theme to James Bond to a bit of Deep Purple! The Stickers Percussion group gave us all a lesson in drumming with Mr Shaw demonstrating various techniques in his piece ‘Rimshot’.

As always, singing featured strongly in the programme. Mrs Barclay led the Infants in some great action songs and it was clear how much the pupils enjoyed themselves. The School Choir was a highlight, conducted by Mrs Dunnett, singing three songs, including a lively jazz arrangement of ‘It Don’t Mean a Thing if it ain’t got that Swing’, which was really enjoyed by all.

The final items were sung by the Chamber Choir, with an energetic rendition of a song about a storm, followed by the beautiful song ’Sing’ with outstanding solos from some Upper Three children.

This concert was particularly special for Mrs Dunnett as it was her final concert before her retirement. After 23 years of leading the music in the Lower School, it was the end of an era. The children showed their appreciation by singing her a special song as a bonus at the end. 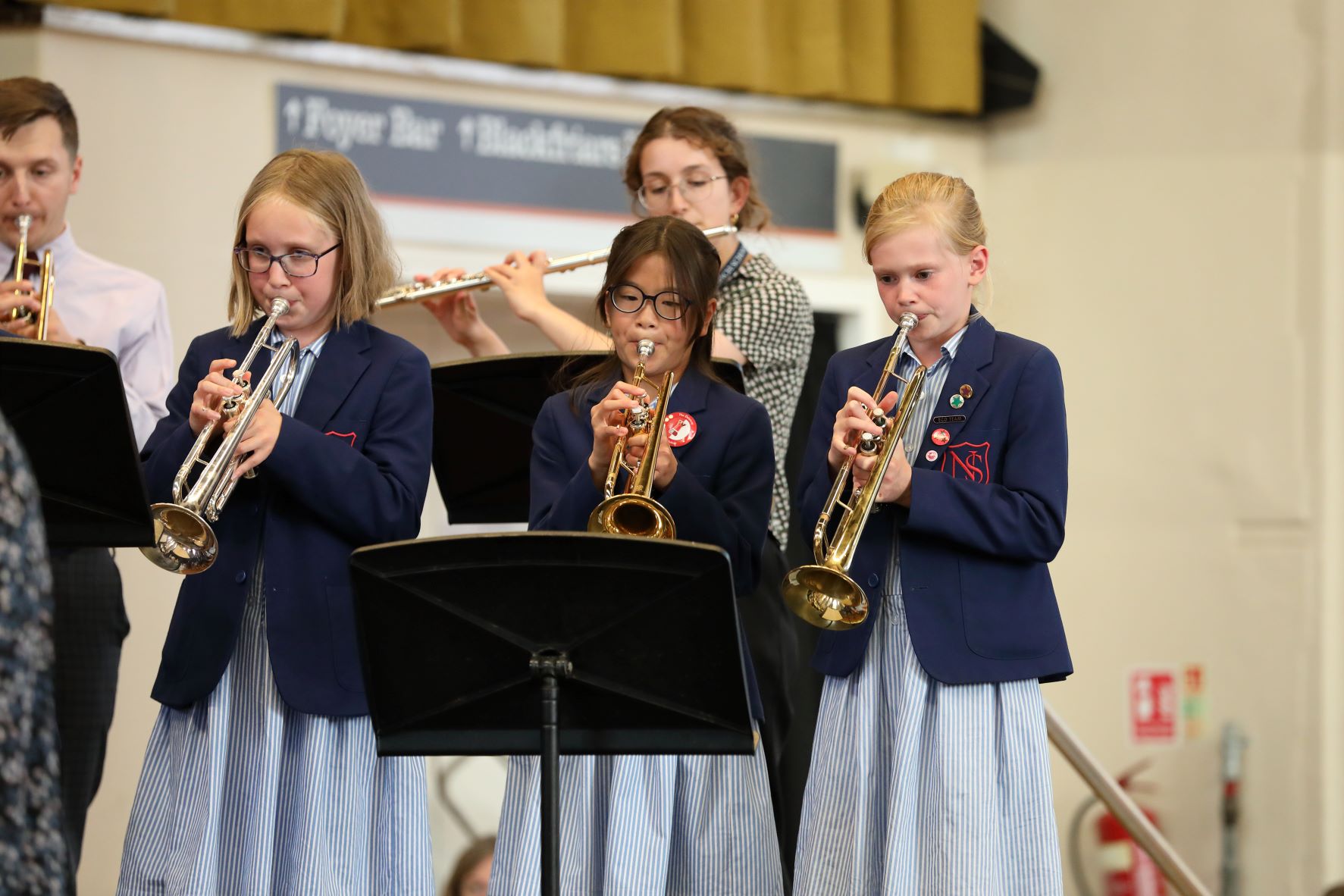