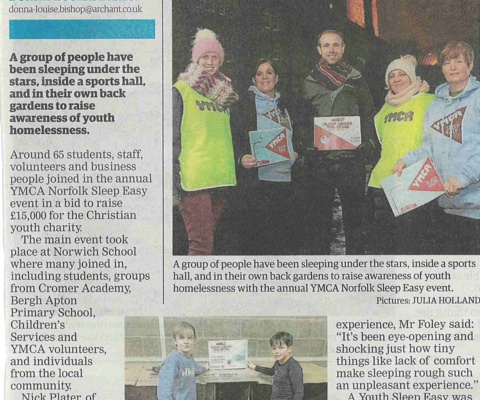 On Friday 9th March Norwich School pupils joined forces with YMCA Norfolk for their annual 'Sleep Easy' event. 12 intrepid L6 formers, taking part in the YMCA Sleepeasy, spent the night in the pouring rain, with nothing more than a tarpaulin to shelter them.

Their spirits remained irrepressible: when warned about the gallons of water which had collected above his head, Harry Peachment merely opened one eye, thanked his peers for their concern and went back to sleep.  Ellie Pitcher, Ellie Hipper, and Emily Rash showed great initiative by actually sleeping in the bag racks – which they reported the next morning to be surprisingly comfortable.  Eliza Barclay admitted that she nearly came in to shelter in the refectory when it really started to pour, but remembered that ‘some people have no choice and have to do it all the time’ and so stayed outside.  Miss Boyt and Mr Plater would like to thank these pupils, as well as Lakshana Puvanachandra, Kieran Gheyi, James Hill, Jemma Luck, Morgan Hardy, Josh Gilmour and James Hollinger, who also took part, for their enthusiasm, humour and good spirits throughout.  The Charities Committee would also like to thank the Refectory staff, who arrived at 6am on Saturday morning to cook us a much needed fry up and also thank you to the caretaking staff who were so supportive in helping set up the event.

'Sleep Easy' is an event which aims to raise awareness and understanding of homelessness, as well as to raise much needed funds for the YMCA Norfolk. Participants choose to give up their bed for one night, brave the cold and sleep in a cardboard box. It is a challenging and eye-opening experience through which participants make a real difference to the lives of disadvantaged young people, as well as an evening of fun and activities. 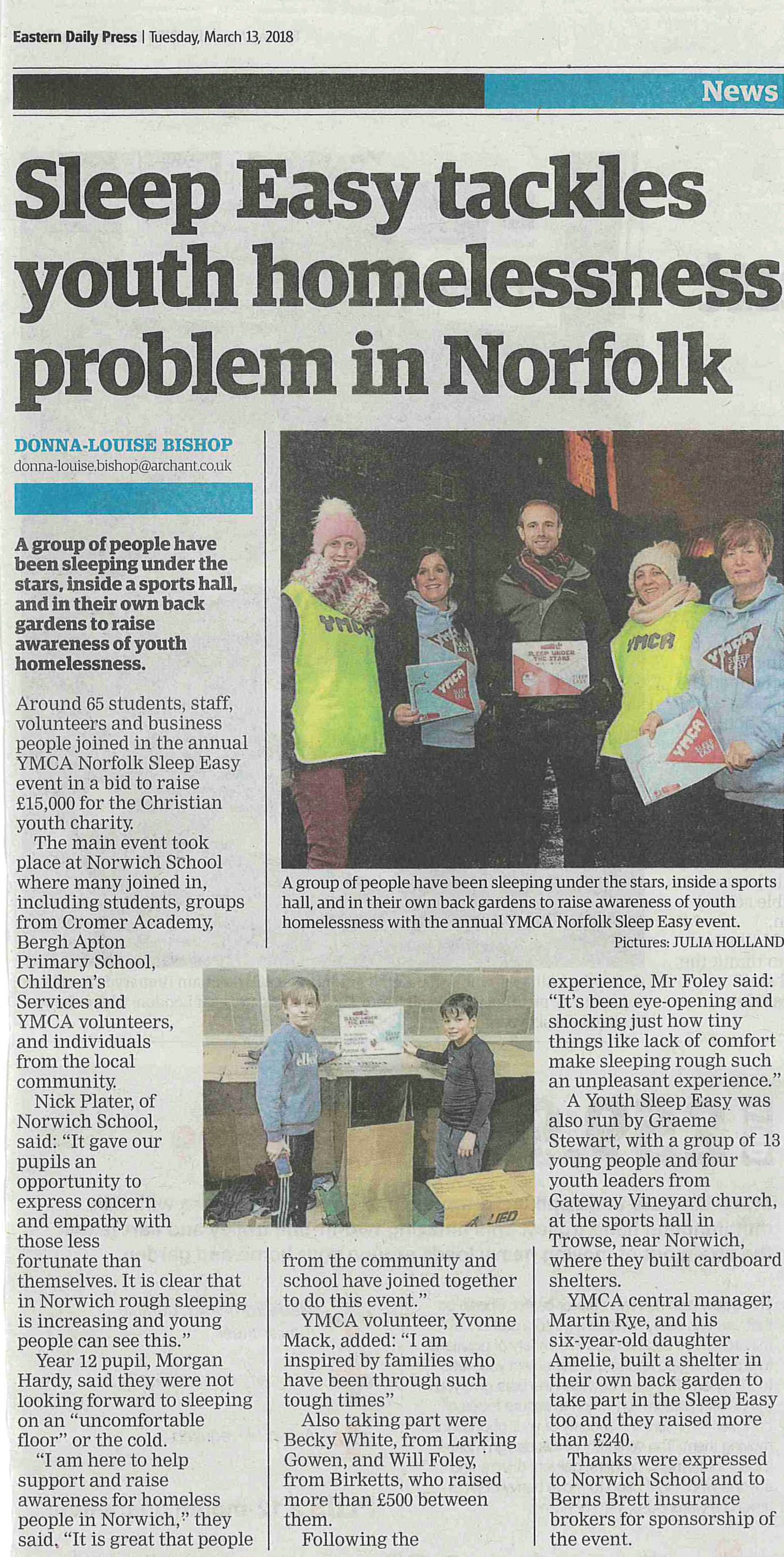