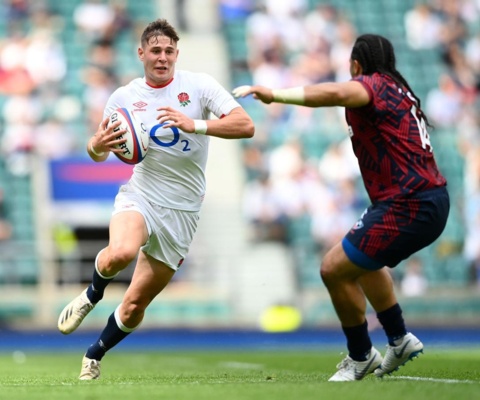 ON Freddie Steward (09-19) made his England Rugby debut on Sunday, facing the United States at Twickenham.

Freddie was among eight uncapped players in the starting XV, with head coach Eddie Jones describing the game as a chance for players to "make their mark with England”.

England recorded a 43-29 victory and Freddie provided two assists in the first half. It was an excellent debut for the 20-year-old, with the Telegraph describing him as ‘so assured under the high ball’ and ‘the most-likely new cap to be part of the next World Cup squad.’

While at Norwich School, Freddie captained the 1st XV before going on to join the Leicester Tigers as a full back in 2019. He was selected for the England U20 squad for the 2020 Six Nations Championship in 2020 and recently attended the England Rugby summer training camp before the summer fixtures.

Reflecting on his debut, Freddie says: “It was an incredible day, and a dream come true. It doesn't seem that long ago that I was playing on the Lower Close for school! The experience so far has been fantastic and I can't wait to see what the future holds.”

Director of Sport at Norwich School, Toby Grieves, comments, "It was certainly a very proud moment to see Freddie pulling on the England shirt for the first time – I certainly hope it is the first of many international caps. What was so pleasing was to see how at home he looked at that level...it was certainly excellent to see him demonstrate his security under the high ball and his trademark timing of the pass when he set up England’s second try. The fact that Freddie has progressed so quickly from school level to the international arena has been a testament to the hard work he has put in over the last few years. It also shows current pupils that Norwich School provides the perfect setting to reach your sporting goals."

Norwich School games teacher Iain Grisewood also praised Freddie’s performance and character, commenting, “As he was when he captained the 1st XV, a rock at the back, dynamic with the ball in hand and the best team man you could ever wish for - utterly selfless in everything he did!”

Freddie's Head of House while at school, David Bateman, remarked: "As ever, he played with a smile on his face and looked completely at ease at this level. Freddie was a fantastic House Captain and you could see some of those leadership qualities out on the field as he led the back three in their positioning when several injuries meant a complete re-shuffling of the backline."

ON Ade Luckhurst (76-86) was at the game and recorded the following match report:

“With eight debutants in the starting XV, it was an encouraging display with seven tries from Eddie Jones’ side on a mild afternoon in southwest London.

It was USA who got the first points of the game when Luke Carty knocked over a long-distance penalty, but from the restart Max Malins superbly took the ball on the full, made metres down the touchline and offloaded to Sam Underhill who barged over – the flanker’s first England try.

England’s second came from a break deep inside their own half, Freddie Steward latching onto Henry Slade’s flat pass and he sent Ollie Lawrence racing away who reached over the line from a cover tackle, Marcus Smith adding the conversion.

A Harry Randall break initiated England’s third as he fed Freddie Steward on the right wing and his clever grubber through allowed Joe Cokanasiga to run through and easily gather, with Smith adding the extras.” 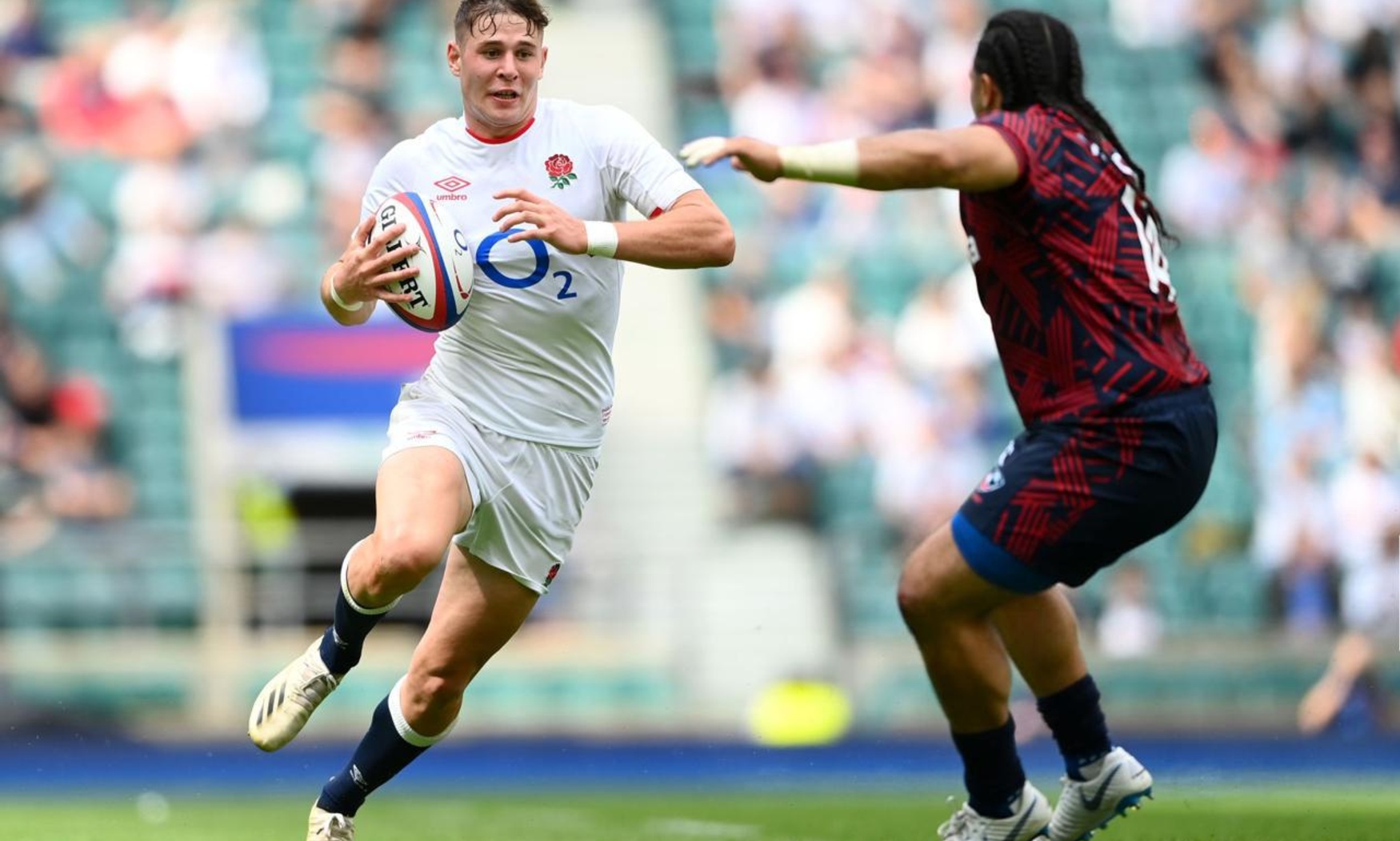 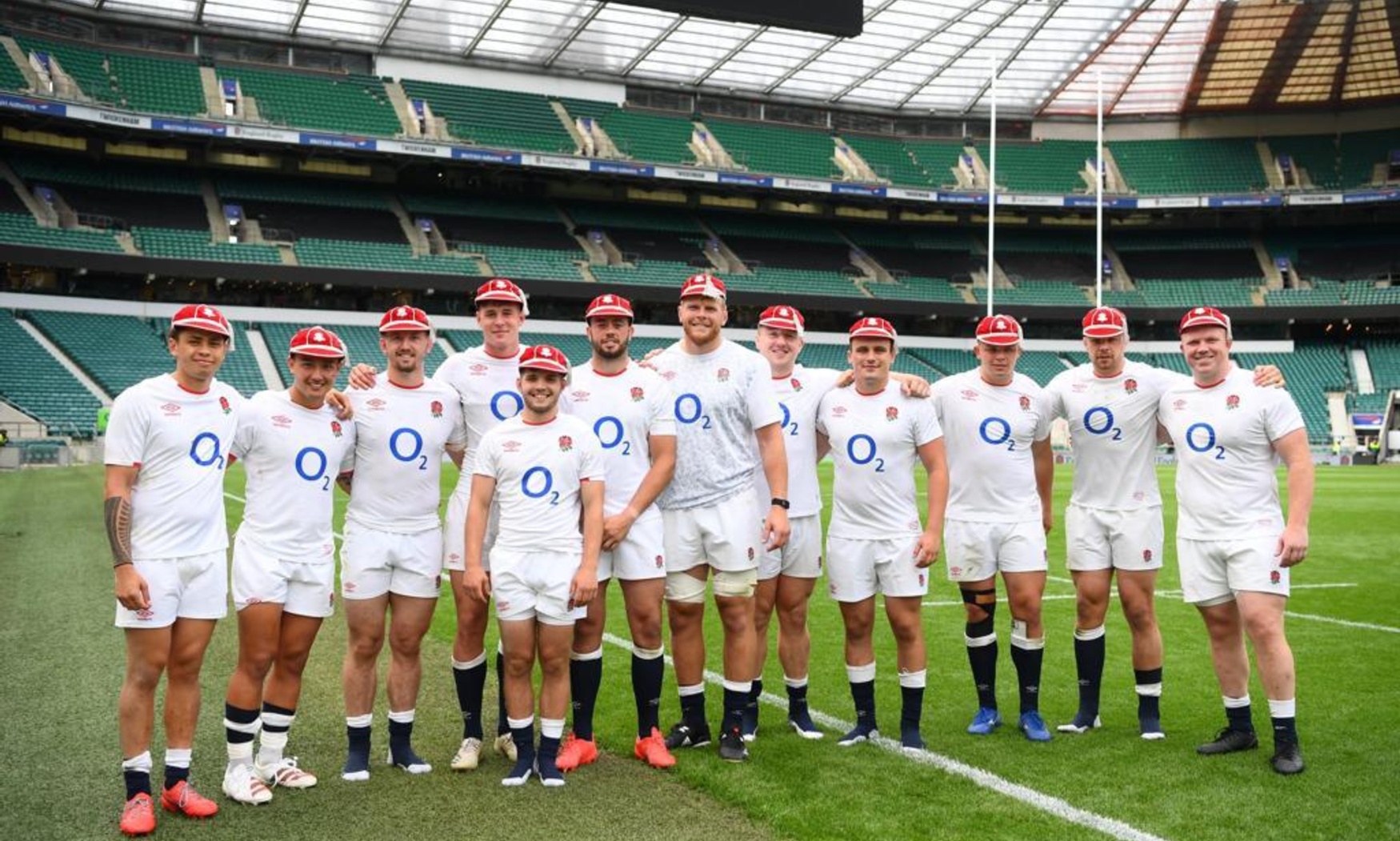 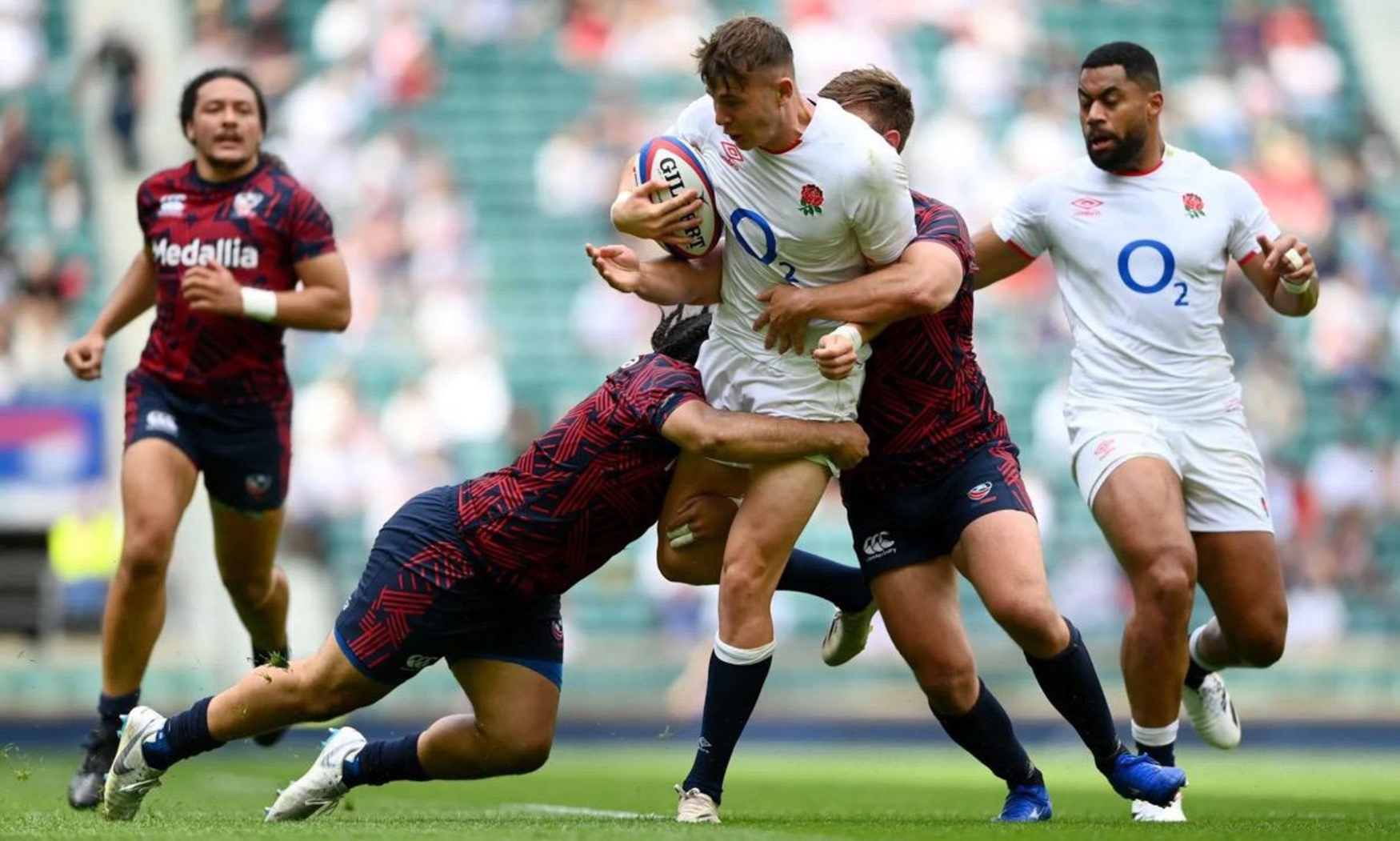 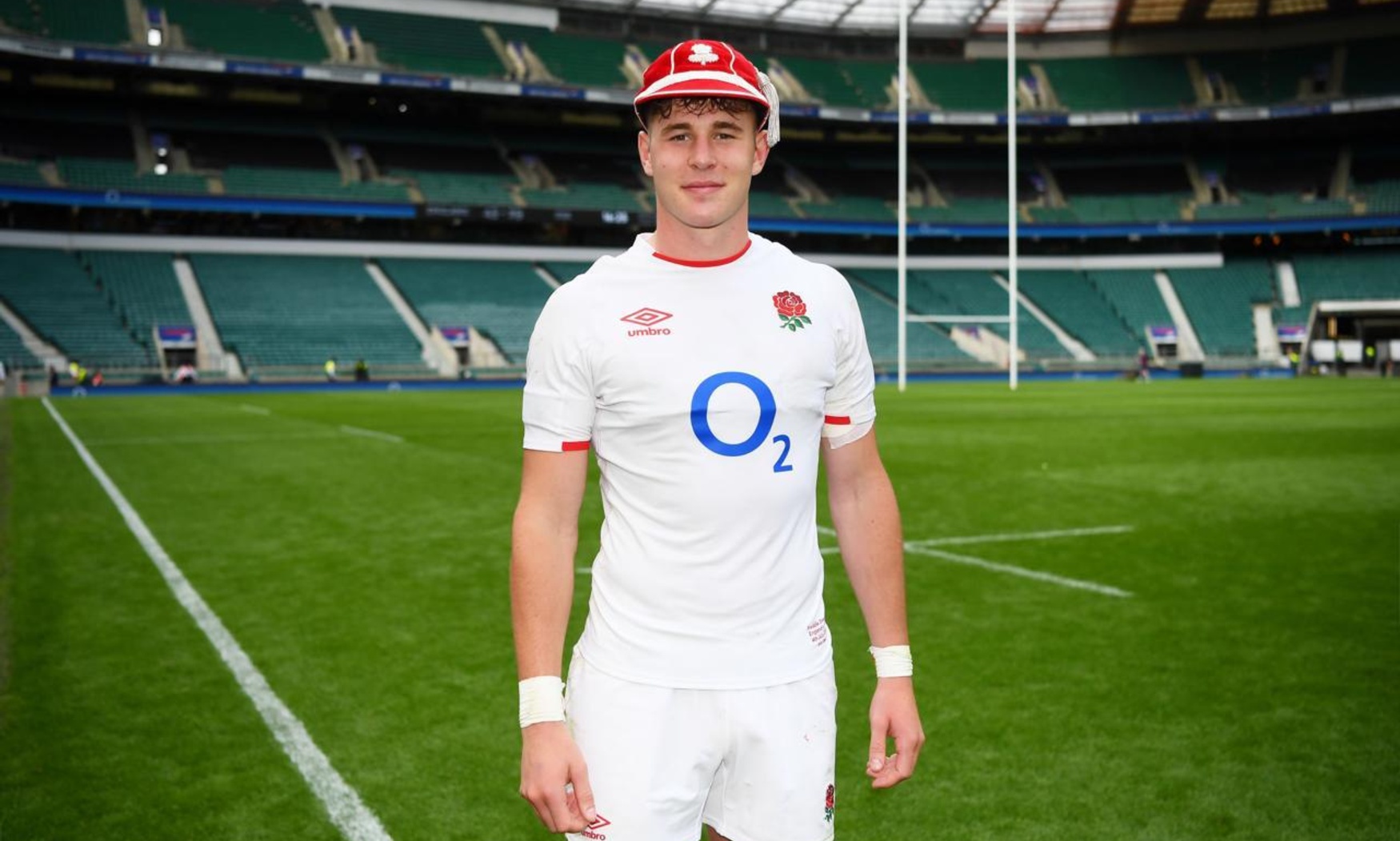 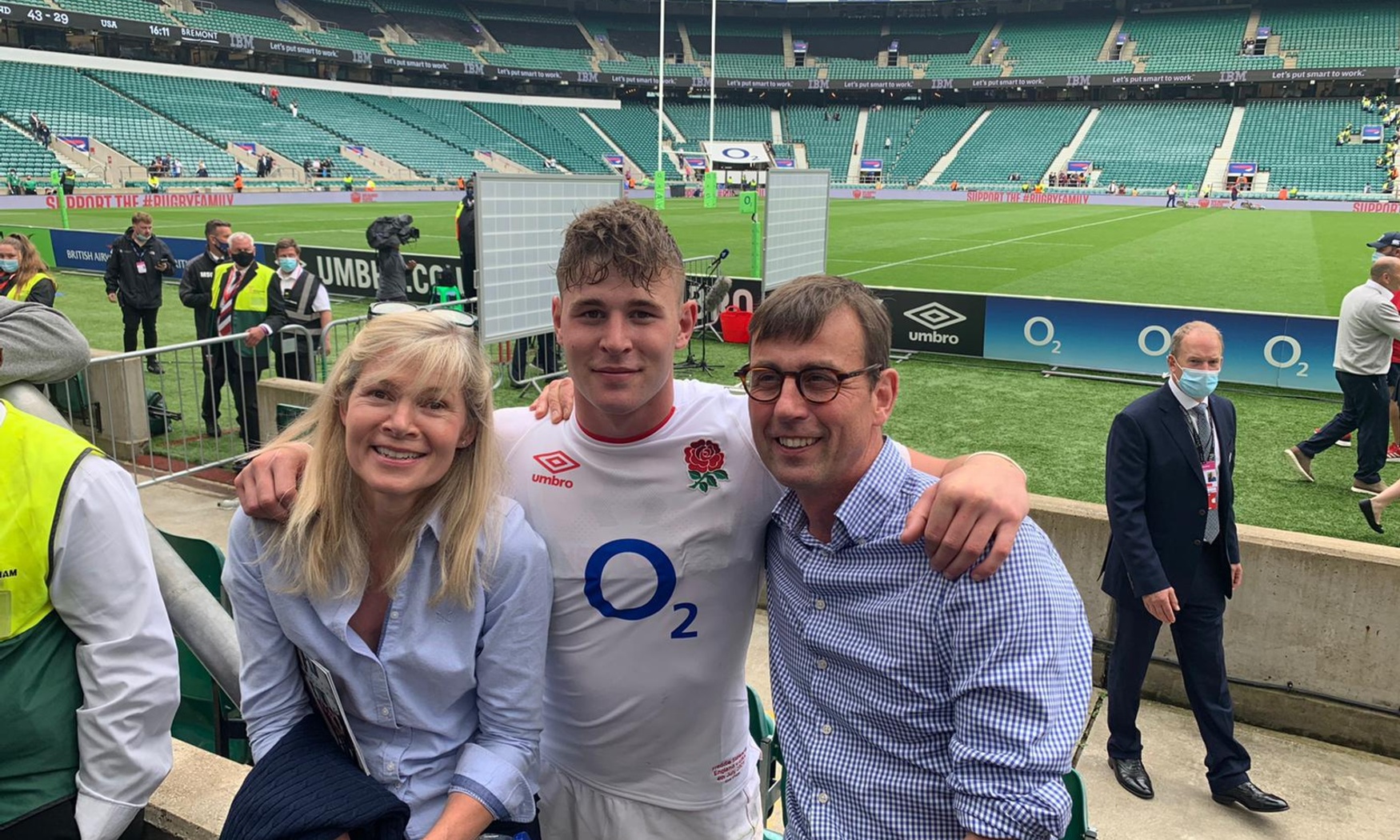 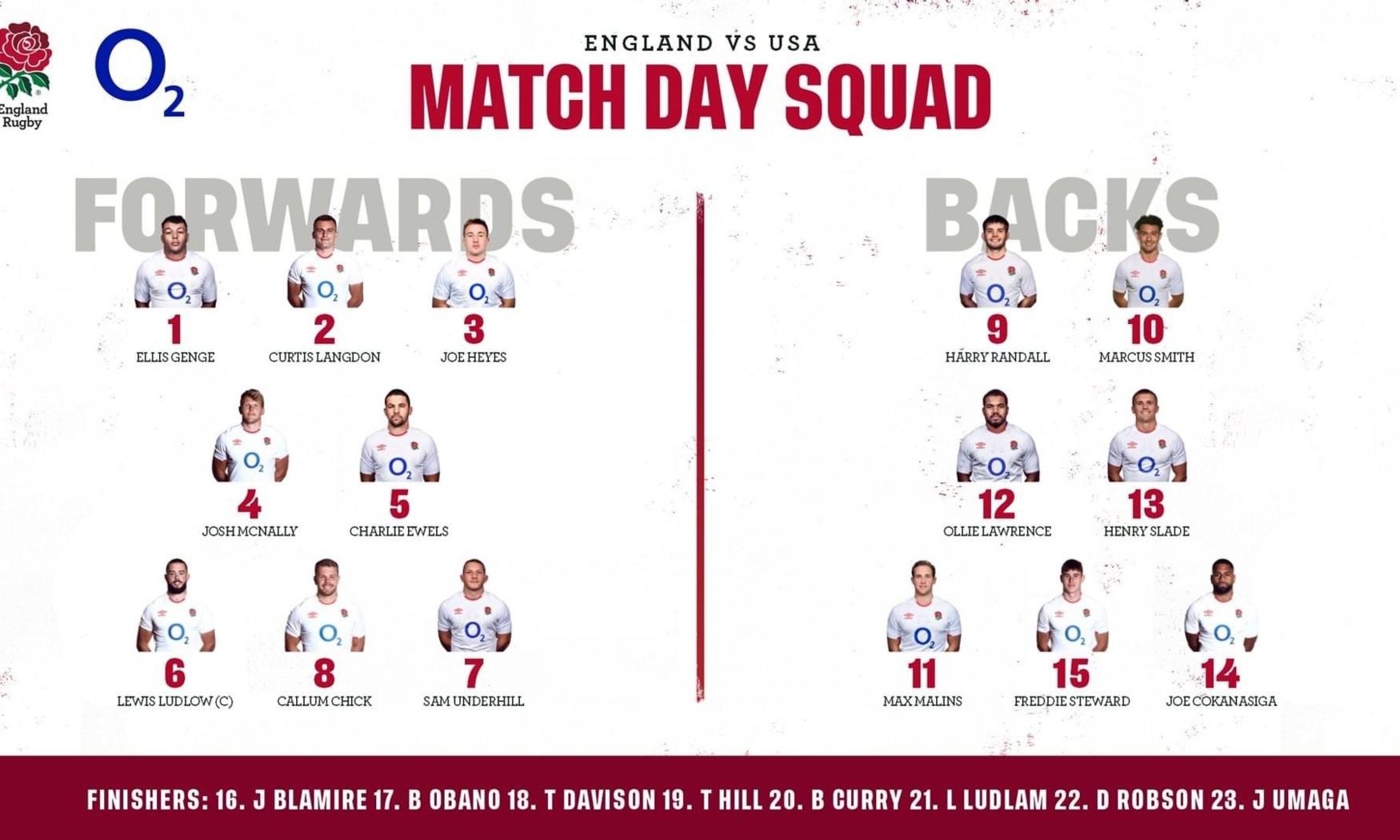